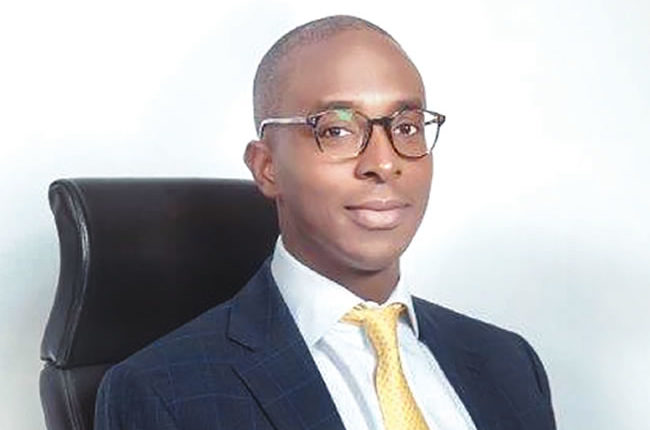 In a troubled business firmament such as Nigeria’s, not a few economists and financial experts are of the opinion that one of the secrets to keeping a business going is the investor’s ability to innovate, adapt and be ready to meet its operating environments at the point of their needs. For them, a business concern, desirous of being relevant, in the topsy-turvy business landscape, as represented by the nation’s business environment, must be ready to diversify,  and, deeply, dip its fingers in every promising business ‘pie’.

Interestingly, one business concern that seems to have embraced this as a corporate culture, in this part of the globe, is the United Africa Company of Nigeria (UACN), the nation’s oldest conglomerate.

With  a history dating back to as far back as the 1880s, when it commenced operations, in the country, with the merger of  four companies trading on the River Niger, called the Royal Niger Company, the conglomerate has grown over the past 15 decades to become a behemoth in the nation’s economic space, today.

The proudly Nigerian conglomerate, which boasts of areas of operations covering manufacturing services, logistics and warehousing, agricultural and real estate,  is seen, by many, as one of the very few that can be described as neck-deep in the nation’s  economy waters.

A major strength of the UACN conglomerate is derived from the strong subsidiaries it has been able to grow over the decades, and not a few have identified the above as one of those factors that have kept it going in the very slippery economic terrain.

For instance, its advent in the food  and beverage industry,  through the UAC Foods Ltd, formed through a strategic partnership with Tiger Foods (a South African  packaged food and beverages company), without doubt, marked a turning point in the life of the business holding. It is on record that the launch of Mr Bigg’s in the 1980s by the UAC Foods has gone a long way in redefining the eating habits of individuals in this part of the globe.

And, while  we have a proliferation of  QSR outlets, littering  the nation’s  cityscapes, today, one fact that remains indisputable is that Mr Bigg’s remains one, if not the first, QSR to revolutionise Nigerians’ eating habits.

Besides, one thing that Mr Bigg’s also has going for it, today, is its ability to carve a niche for itself, and create a unique corporate identity that has continued to resonate with the nation’s eating public, instead of permanently perching on the shoulders of the giant, which its parent company, UACN represents.  The eating outlet has ingrained itself in the minds of Nigerians that it has become toa generic name for any brand operating in that segment.

Also, the continued dominance of the first brand from the stables of the UAC Foods, Gala Sausage Roll, again, bears eloquent testimony to the conglomerate’s determination to go the whole hog in any market segment it decides to play.

Since making its entry into the nation’s sausage roll market in 1962, Gala, despite the challenges from competition in recent times, still continues to dominate that market segment like a colossus. For instance, besides risen to the status of been the generic name for sausage rolls in Nigeria, UAC’s Gala has, today, endeared itself to individuals, across all ages, and social classes.

Interestingly, the Gala brand is not ready to let go of such dominance. Not too long ago, it company embarked on an expansion drive, in a move aimed at enhancing its production capacity, by constructing other lines that will see it produce other quality snacks and beef rolls and refresh the taste buds of its teeming consumers.

Another of its subsidiaries that has also enhanced and promoted the UACN brand is the UPDC Real Estate Investment Trust.

Listed on the nation’s stock exchange in 2013, the real estate venture, which manages  residential and business real estate assets in Nigeria,  at the end of 2018, had a real estate portfolio, with a market value of N29,289.1 million, and market capitalisation of N15 billion in the year under review.

A cursory look at the company’s financials, however, revealed a giant, increasingly tormented by the vagaries of the economic weather, and which needs to do something fast if it desires to be relevant in the next 15 decades.

According to the unaudited result, filed with the Nigerian Stock Exchange, its profit after tax, during the period under review revealed a drop from N2.59 billion in the same period of 2019 to N1.16 billion.

A giant on its knees?

While the management of the group would quickly put the not- too- impressive outings recorded in the past two quarters of 2020, to the advent of COVID 19, a public health crisis which individuals, corporate bodies and countries around the globe are presently contending with, some market watchers however see the issues as going beyond that.

Instead of sharing in the optimism, expressed by the group’s management, they prefer to counsel the conglomerate on the need to brace up, up their business ante, and be ready to deploy the modern-day arsenals to ward off the increasing ranks of competition, bent on yanking a sizable share of the market from the group’s hold.

For instance, while attributing the public health crisis to the poor showings of the group in recent times, its Group Managing Director, Mr Folasope Aiyesimoju had assured that the group had assessed the impact of the pandemic on its businesses and taken urgent steps at ensuring its operations run smoothly.

“We have instituted business continuity to ensure our operations run smoothly and we monitor these daily. We are also contributing towards alleviating the impact of the pandemic on our society,” he stated.

He however believed the group achieved some modest growth in the first quarter of the year, after adjusting for the reclassification of its MDS Logistics.

But some analysts and market watchers think otherwise. As far back as 2018, the attention of the management had been drawn to the dwindling fortunes of the group, and the need to quickly stem the tide.

For instance, Proshare, in its analysis, published on Monday, February 25, 2018, had described  the conglomerate as a ‘giant now on bended knees’,  due to its not-too-impressive  nine-month result for 2018.

According to the publication, ‘investors are likely to see the stock record some drop in share price when the company releases its full year results by March 2019,’ a forecast many believe eventually came through.

While it is obvious that the management of the group is not resting on its oars, in its bid to put the conglomerate back on the winning track, market watchers however believe more needed to be done.

For instance, since competition is becoming increasingly stiffer in every market segment its brands are playing, not a few are of the opinion that the management must be ready to respond faster to the changing consumer demography. And, one of the ways towards achieving that and keeping pace with competition, they argue, is through  massive deployment of technology.

Moreover, dipping one’s finger in every pie, could also  have its adverse effects, as evidenced here.  All the pies might not be in same state of health, and the probability of the spoilt pie contaminating others in the basket cannot be ruled out.

Fortunately, this fact is not lost on the management. Its decision to unbundle its majority stake from its loss-making property arm, UACN Property Development Company (UPDC), this year, many believe should have come earlier.

Without doubt, more ‘surgical operations’, such as this, will surely enhance the fortune, and put this conglomerate, with an unflinching commitment to growing the nation’s economy, back on the winning track.

Impact of social media distraction is worse than we think