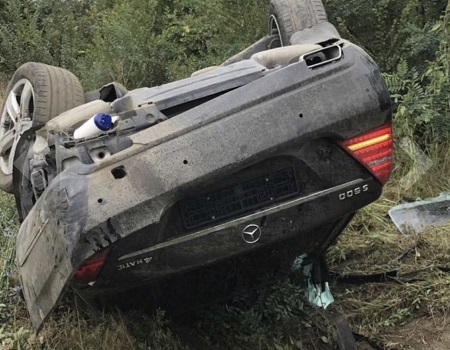 Saturday Tribune gathered that the driver of a petroleum tanker who was driving against traffic along the Ijebu Ode/Benin highway was killed in a head-on collision with a trailer conveying beer bottles.

In the second accident, which occurred at J4 area, also along the Ijebu Ode/Benin highway, the motor boy of a fuel tanker was burnt to death when the vehicle, in an attempt to park, fell into a ditch, thereby catching fire in the process.

Akinbiyi stated that the driver of the fuel tanker who drove against traffic was to blame for the first accident.

According to him, those injured in the trailer conveying beer bottles had been taken to Rona Hospital in Ijebu Ode for treatment, while the body of the driver of the petroleum tanker had been deposited at the Ijebu Ode General Hospital morgue.

The TRACE PRO further explained that in the second accident, which occurred at J4 junction, the driver of the petroleum tanker was coming from Lagos and was heading to the eastern part of the country. He added that he was trying to park when it fell into a ditch, thereby making the truck head to disengage, while the body of the truck fell and caught fire.

According to Akinbiyi, the driver of the truck stated that the motor boy was with him in the vehicle before it caught fire.

His body could, however, not be located by TRACE officials.

While describing the accidents as avoidable, Akinbiyi charged drivers to drive with caution.

Nigeria needs a president who ’ll bring back prosperity —Atiku

PHOTOS: Lagos policemen save trailer driver who had flat tyre from area boys at Iyana…