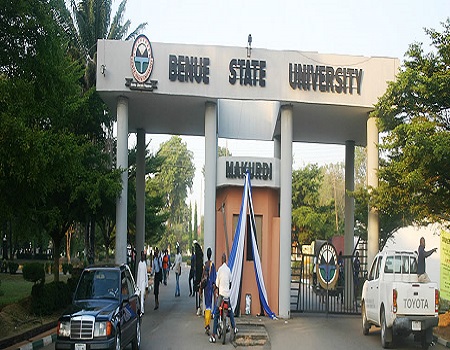 No fewer than seven people among them two students of Benue State University, Makurdi were on Monday evening burnt after a gas tanker exploded at a fuel station.

Among those injured in the gas explosion were;  two staff of the fuel station and three customers

All the victims are currently receiving treatment at the Benue State University Teaching Hospital (BSUTH).

Confirming the explosion, the  Manager of the Fuel station, John Ekpo explained that the gas tanker exploded shortly after it discharged its content at the station.

“The gas tanker was trying to move out of the station when suddenly it exploded leaving everyone in the station scampering for safety.

Narrating the ordeal, a  victim who is a student of the State University, Jude  said he had gone to the fuel station with his friend and classmate one Ahile to refill his cylinder when the incidence occurred

He said that he had gone to the fuel station with a classmate, one Ahile when a tanker trying to go out of the station exploded, that was the last thing I knew until I found myself in the hospital here.”

The Head of Information Unit of the State University, Mr Tse Vanger said that two students of the Mass Communications Department of the institution were injured during the incident.

Vanger who spoke to Journalists said that the students had gone to the station to refill their gas cylinder when they were caught up in the incident.

He said that the two students were receiving treatment at the Accident and Emergency Unit of the Benue State University Teaching Hospital (BSUTH).