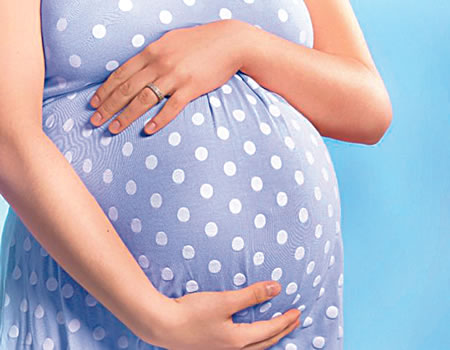 EXPERTS have warned women against the abuse of drugs such as tramadol and codeine, saying the illicit substances could be toxic to unborn babies, resulting in miscarriage or birth defects.

A consultant obstetrician and gynaecologist at the Ladoke Akintola University of Technology Teaching Hospital Ogbomoso, Oyo State, Professor Adetunji Adeniji, stated that the illegal drugs could pass through the placenta, especially at the early stages of pregnancy, to affect the growth of the unborn baby.

According to Adeniji, the effect of the use of any illicit drug like codeine or tramadol is dependent on the amount and onset of use of such drug and it affects the placenta and, as such, reduces blood supply for the unborn baby’s growth.

“It can cause narrowing of the blood vessels, so blood supplies to the baby get reduced, causing growth restriction. Such a baby is, therefore, born with a low birth weight.

“Some of these drugs have sedative effects and can cause respiratory depression, in which case the baby does not breathe normally. If such a baby stops breathing, it can die.

“Some of these babies can come down with congenital abnormalities, depending on whether the woman had been addicted before pregnancy or after she got pregnant. So, the effects are actually multi-various,” the medical expert said.

Professor Adeniji, who declared that these drugs could also pose danger to the health of mothers, said such women, when high, may not be aware of their circumstance and so expose their unborn babies to other risks.

He, however, said that the effects of two illicit drugs are not the same as “tramadol is less sedative to the baby than, say, codeine, cocaine, and pentasocine.”

He said in April 2017, a federal agency of the United States Department of Health and Human Services, the Food and Drug Administration (FDA), had also warned against the use of codeine and tramadol for children and by nursing mothers because of possible harm to their infants, which includes excessive sleeping, difficulty breastfeeding and serious breathing problems that could result in death.

Experts say that signs of breathing problems to watch out for include slow or shallow breathing, difficulty or noisy breathing, more than usual sleep, trouble breastfeeding or limpness.

Another consultant obstetrician and gynaecologist at the Federal Medical Centre, Gusau, Zamfara State, Dr Kamil Soretire, stated that although the use of tramadol and codeine was not common among pregnant women in the state, the abuse of such drugs must be discouraged because of their negative effects on the mother’s health.

Aside from the possibility of babies born to mothers abusing illicit drugs being born anaemic and jaundiced, Dr Soretire said babies born to pregnant drug users stand a risk of organ damage.

According to him, the drugs can cause the baby to be born with a liver or kidney damage, depending on the kind of drug used.

“It is not only codeine, cough syrup or tramadol that people use, some take in the scent of soak-away and these chemicals can cause miscarriage,” he said.

Dr Soretire, however, said getting accurate data on pregnant women that abuse illicit drugs may be difficult because many women deliver their babies outside of government hospitals.

He averred that the aftermath of illicit drug abuse by nursing mothers can include worsening of an existing medical condition, increased possibility of mental problems and poor care of babies.

“Where a woman ends up with a mental problem as a result of illicit drug use after delivery, such will not be able to adequately care for her new baby,” he added.

Meanwhile, Professor Adeniji said many pregnant women would not own up to the use of any drug, including alcohol and cigarette, in pregnancy, and health experts only suspect this in healthy, affluent women with small-sized babies.

Choice is the magic word