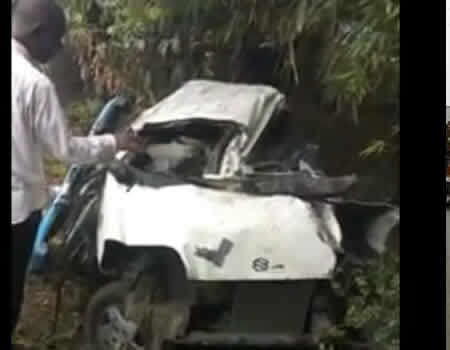 Tragedy struck on Christmas day in Modakeke community of Osun State when a Sports Utility Vehicle (SUV) crushed eight persons, leading to the death of three while five others were critically injured.

The vehicle, a Nissan Xterra Jeep, marked MUS 741 DR, driven by an unidentified person was said to have lost control and subsequently knocked down eight persons including a little baby.

According to an eyewitness, “in a spontaneous reaction, the irate crowd set the accidented vehicle ablaze before the intervention of the Police.”

While three of the victims were feared dead on the spot, others sustained serious injuries, just as all the victims were rushed to Obafemi Awolowo  University Teaching Hospital (OAUTHC), Ile-Ife