The rape, murder of Favour Okechukwu 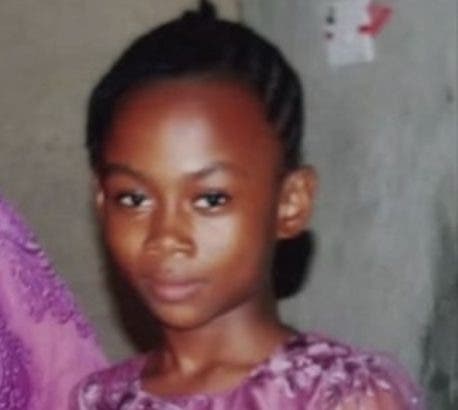 WITHOUT doubt, rape and sexual assaults leading to murder have assumed threatening dimensions in the country. Reported cases are burgeoning virtually on a weekly basis. Regrettably, no part of the country is free of this criminal and anti-social conduct and, worse still, the involvement of minors and impressionable kids as victims has also continued to spiral. Though rape is a phenomenon of grave concern globally, the country has witnessed a frightening surge in its incidence lately, especially since the commencement of the now lifted Covid-19-induced lockdown. Perpetrators of the dastardly act seem to have literally  run berserk violating women/girls’ rights, privacy, self-preservation and dignity with reckless abandon and oftentimes leaving blood on their trail, like in the recent case of citizen Favour Okechukwu, an 11-year-old who was viciously gang-raped.

It is really concerning that societal values have become so warped and perverted that rapists do not spare innocent children. Favour was reportedly running errands for her mother when she was attacked by sexual predators who raped her to death.  Her lifeless body was found after a frantic search by her father, Dickson Okechukwu, in a room in a building at Olanrewaju Street in Ejigbo area of Lagos State. Sadly, the neighbour who led the father of the victim to the scene of the bizarre incident simply told him that he had to close early because a little girl was raped to death in a building close to his shop. He neither raised the alarm nor reported the incident to the police and he most probably would have kept mute if the victim’s father had not told him he was looking for his daughter. That is how low the society has sunk; adults are now unwilling to rise up to their civic responsibilities, and the moral imperatives of being their brother’s keeper have relegated to the background. Unfortunately, too, the neighbour in question and his ilk may not be totally blame-worthy as a combination of defective official orientation of citizens and, more importantly, personal or other persons’ unsavoury experiences with the police in the past may have accounted for the apparent failure in the performance of one of the basic duties of citizenship.

Rape is now far from being an isolated criminal act affecting few females as it used to be construed in the past. The preponderance of cases of rape in the country has placed it in the class of grave social menace of epidemic proportions. It is saddening that people are committing this kind of bloodcurdling horror; bestiality is fast becoming the new normal. Clearly, current official efforts at reining in the incidence of this anti-social behaviour clearly fall short.  To be sure, the veritable issue is not the absence of good laws but the enforcement of the law as well as the seeming penchant for shrouding conviction of perpetrators of rape in secrecy.

Ordinarily, the conviction of rapists ought to enjoy more publicity than the commission of the crime so that the purpose of deterrence can be fully served. But beyond the issue of deterrence, which is by no means unimportant, is the need to begin to put the causative factors of gender-based violence, particularly rape, under close scrutiny. It may be helpful to interrogate the social, psychological, economic and cultural factors that have the potential to exacerbate the incidence of rape: and, in particular, the trigger factor for the current alarming rate of reported cases of rape. Such social research should be focused on generating empirical evidence and actionable policy options to nip the threat of rape in the bud. For instance, the patently retrogressive and oppressive culture which supports inequality and subjugation of women/girls to their male counterparts in the country should be reworked. It makes the female folk vulnerable to gender-based violence.

Also, the society should deliberately frown at the tendency by many to blame, stigmatize and humiliate victims of sexual abuse whenever they report their horrendous experiences. It is believed in some quarters that reported cases of rapes pale into insignificance compared to the litany of incidents that go unreported. Concerted efforts at different levels and variants of leadership will be crucial to curtailing the menace of sexual violence, especially now that the efficacy of the instrument of deterrence is suspect. The objective should be to attack the scourge from its roots and cause its total annihilation. In this regard, parents as the most important level of leadership should continue to educate their daughters on how to recognise and avoid sexual predators who could be strangers, known relatives or acquaintances. Boys, in particular, should be taught the imperatives of decency and respect for the privacy and dignity of other persons, especially the female folk.

All the criminals who sexually violated and killed citizen Favour Okechukwu must be apprehended and brought to book without fail. We commend the Lagos State Commissioner of Police, Mr Hakeem Odumosu, for visiting the bereaved family to commiserate with them. The law enforcement agencies and the society at large would need to up their ante and combat much more decisively, the scourge of rape and other forms of criminality that  seem to be literally dragging the society back to the Hobbesian state of nature.