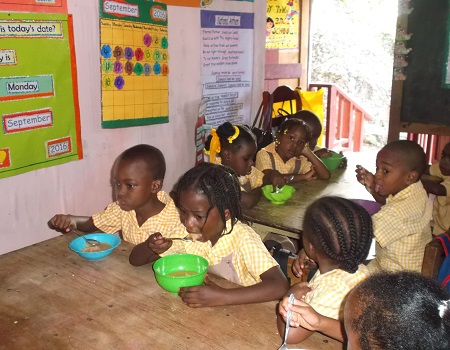 THE recent disconcerting revelation that a certain sum of N2.6 billion meant for school feeding was traced to private accounts may presumably be taken as the usual narrative of corruption in the country: an alarm that is essentially vacuous, to be heard and done nothing about. Instructively, the alarm came from the Independent Corrupt Practices and other related offences Commission (ICPC) with its unimpressive record of investigation and prosecution. The revelation has however brought to the fore, the concerns of the Nigerian people about the ease with which public funds are accessed by unauthorized persons and end up being pilfered.

According to reports, the money was meant for the feeding programme in the country’s unity schools but it curiously ended up in the private accounts of some persons who understandably weren’t authorised to receive it. It is noteworthy that almost immediately after the revelation, the Minister of Disaster Management, Hajiya Saddiya Farooq, found it imperative to absolve her ministry of the suspected malfeasance. It was initially thought that the Ministry of Humanitarian Services and Disaster Management was fingered in the scam. But the point is that the so-called conditional cash transfer recently undertaken by the ministry was also mired in controversy.

It was suggested in a news report that the discovery of the money in the private accounts of some persons may not be unconnected with the difficulties experienced in paying food vendors and farmers who do not have access to the government’s payment platform. This was after the Minister of Education, Mr. Adamu Adamu, ordered a full investigation into the matter. Still, this initial explanation does not justify the evidently atrocious attitude to public funds.

In the intensely corrupt environment which the country represents, such a practice is open to several abuses. The country needs tighter and more frugal control of its public funds to give room for accountability and transparency. Anything short of that is totally unacceptable. Sadly, the intended beneficiaries of the school feeding programme have been short-changed. They have no doubt been undernourished, and this would have impaired their academic and intellectual efforts. When money is voted for any public purposes, the accomplishment of such purposes should be sacrosanct and this is crucial for financial discipline and integrity.

Fighting corruption, the mantra of the current administration, is ultimately a hollow exercise without financial discipline and integrity. If the Muhammadu Buhari administration wants to be taken seriously, it really has to endorse propriety and due process in the way and manner that public funds are spent. We have not seen any evidence of that in the past five years. As a matter of fact, it has become a lot easier for people to access public funds and spend same with impunity. There is no system that tolerates such impunity anywhere in the world. It is a good thing that the Minister of Education ordered a full investigation into the matter. Nigerians deserve to know the full details of the transaction and, what is more, they deserve greater responsibility in the management of public funds henceforth.

The matter should not be swept under the carpet. The media will do well to sustain attention on the case until its conclusion.