The meeting and aborted demonstration 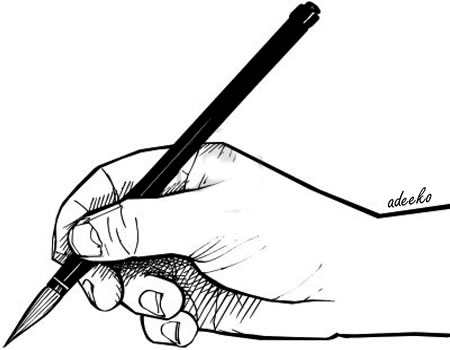 I cannot now recall who invited me to the meeting, but I do remember that the convener mentioned that those of us in our late 70s and above should gather to discuss the modus operandi of our joining a massive protest demonstration planned by the youths taking place at the end of November. ‘’It is going to be mother and father of all protests and septuagenarians, octogenarians as well as nonagenarians must join in a solid show of solidarity with our disenchanted youths.”

It was scheduled to be a combination of physical and virtual meeting and the venue was Shehu Musa Yar’Adua international hall, Abuja. As early as 8 in the morning, people had started arriving from every corner of the country. Again, I cannot recall the faces at the meeting even though I recognised virtually the entire familiar faces that gathered there as we exchanged banters. Two faces stuck. Curiously Sam Okorioko who didn’t qualify in the age category strolled in. My friend, Engineer Babs Iworiwolakarawa flew in from the US and was calmly seated in a corner at the back.

“Ladies and Gentlemen,” Pastor Gudugudumeje Yayamefa cleared his throat to speak to the hall, “this must be a very crucial and important meeting at this critical period in our country’s history. We are to deliberate on identifying with our long suffering youths who have been recently traumatised, bedraggled, blackmailed, and even criminalised after the state had treated them to the worst form of deprivation, degradation, neglect and dehumanisation. It does not matter the heaps of naked lies, denials, counter accusations and half truths, what cannot be denied is that peaceful demonstrations were infiltrated and several lives were lost. Lives of other people’s children, other people’s wives, other people’s husbands, other people’s breadwinners were needlessly and callously terminated in cold blood and in broad day light.”

“Before we proceed further, I suggest we all do self introduction so that at the end of the day we can agree on our leadership structure and what assignments to allocate to each and everyone.” Gudugudu handed over the microphone.

“I am Chief Dr Kurukuru Okemeje, a former Presidential Aspirant.”

“I am Johnson Ikutamiti” Amidst sobs, Ikutamiti added “three of my graduate children were mowed down in the melee.”

“I am Alhaja Aisha Buraimoh, I am a widow. I lost my husband along with four children in a midnight attack in our village last year”

Mr. Suleiman Yusuf [95] exhibiting three teeth left in his mouth got up to speak. “I share in the pains of every parent who may have lost a child or a wife who may have lost a Police Officer husband. Several police officers and even soldiers have also lost their lives in cold blood. The calamity that has befallen our country did not start today, yesterday, last year or last decade. I am sure you will all agree with me that ours has been a long story. It is just that our situation gets worse every passing day. I really cannot pinpoint what has driven us to this level of bestiality. Animals in the jungle seem to behave better than most of us. And the blatant brutishness is virtually in all of us. We just need to return to a code of ethics and imbibe the culture of love and respect for one another. My two wives and eleven children were burnt to death when several houses in my town were set ablaze by people we used to share cordial neighbourliness with. People with whom I had shared meals and drinks in the past”.

“Dear Elders, I think we have gone past the stage of lamentations. I know we are to take a stand on whether to join our youths in massive protest at the end of the month. I know at close to 80, I am still one of the youngest in this gathering. I have no doubt in my mind that if we all troop out half-clad like Benin High Chiefs in ceremonial attire it would make a powerful spectacle and spectacular impact, but what follows thereafter? Our politicians are the greatest problem of this country. They are more concerned about winning elections, securing political appointments or sharing loots than bothering about our roads, our security, our health or even our lives. I am sure we all know that. If our politicians declare today that we should have State Police, it will happen instantly. If all the politicians say the Army of Occupation in over 30 states should end today, it will end. It is the politicians that have collaboratively imposed totalitarianism and unprecedented tyrannical dictatorship on the country by their self-serving servitude. Who do you think is arming the rampaging terrorists scattered all over the country? It is the politicians. Who purchased all the motorcycles and dangerous weapons used for malicious crimes all over the country?” Please let me stop here.

“My name is Brandy Agbasa; if I start with my own personal tragedies inflicted on me by the state you will need buckets to collect your tears. But let me make it brief. We all know the simplest solution to all the aggravation we are going through. Let us go our separate ways. There is no personal problem with individual Nigerians against each other.  Tension is created when things we did not create and have no control over…ethnicity and religion are smuggled into the equation by politicians canvassing for votes. Greed, struggle for power and supremacy or domination are the bane of this country. A previous speaker has warned us against lamentations. So, no more lamentations or blame game. The country has broken down. No doubt about that. The only logical consequence of a breakdown is a breakup. That is the indisputable law of Nature!”

“I need to speak again. Even though we should not turn this meeting to a Talk shop, allow me to make an observation. We do not need to join the youths in physical demonstration. They are welcome to it. And we have to warn Governments not to infiltrate or hijack peaceful demonstrations. People have inalienable right to demonstrate or protest. It is very fundamental. You cannot tell a child being beaten not to cry or how to cry. I think what we should do is send a powerful delegation to the head of state and interrogate him in a heart-to-heart engagement. Talk to him as Parent-to-parent. I have in mind the kind of intervention three of our greatest Men of Conscience…Achebe, Soyinka and Pepper Clark…made to President Ibrahim Babangida in 1986 regarding General Mamman Jiya Vatsa. Even though the intervention was late in coming, may be should have come two or three weeks earlier, it was still very impactful. That historic visit by the Trio of Distinguished Men of Letters will never be forgotten. What we need most at this point in time is the Voice of Men and Women of conscience. They don’t have to be Traditional Rulers or Clergy men or Men of Means. No. Certainly NOT politicians, whether serving or retired who speak with two sides of the mouth.”

“Now you have spoken. As the Convener of this meeting, I, Tanko Batagarawa, can easily see the direction of the pendulum. There is no point in those of us who have already collected our Boarding Pass to the journey of No Return to go half naked on the streets. Don’t mind me, some of our naked shapes may prove offensive to sight, so we don’t need to exhibit that. Let us search for men and women of moral stature to urgently intervene.

In fact we don’t need to search; there are a great pool of nationally and internationally respected men and women of moral stature in this country. And again, as observed by one speaker, it is better for all of us to disengage from a marriage that has constantly, consistently and continuously given us pains, distrust, hatred, enmity, rancor and retardation over the years.

To Gov. Kayode Fayemi: A response