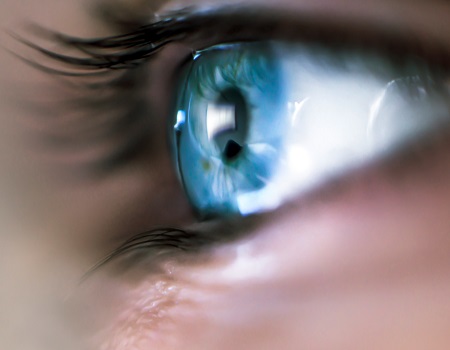 I watched as the young man tried to set up the new television set he had just purchased. My mind flashed back to my childhood days. The TV had just made its debut in Nigeria and it was quite puzzling for a teenager like me how it worked.

Some of the older people had stirred up more curiosity by telling us there were people talking inside it. Even though I knew that this wasn’t true, it didn’t stop me from dismantling set after set trying to unravel their hidden secrets.

Electronic gadgets are becoming more sophisticated and to be able to use the entire advertised features in a set, one has to read the bulky handbook that comes with it. I often wonder if the manufacturers really expect us to read all therein in order to be able to operate a set! And what would postgraduate students of electronics read?

This particular TV the young man was assembling was clearly different from the ones I had always known. It had two screens each linked to a computer by a thick cable. The young man told me each screen displayed exactly similar pictures. He switched on the sets but there were no pictures on the screens. He spent some time trying to adjust the settings but it didn’t work.

“Have you read the handbook?” I asked. “I don’t need to, sir. I helped a friend to set up a similar set two weeks ago,” he replied.

“Let me have a look at it,” I requested. He obliged.

After fumbling a little, all of a sudden, something clicked in my head! The two screens could pass for the two eyes of a man.

The cables connecting the screens to the computer would then be the optic nerves at the back of the eyes and the computer would be the brain. But now, there was a little difference! The optic nerves do not pass directly to the brain on each side; the right partially crosses over to the left and the left partially to the right. To mimic this, I disconnected the two cables from their computer terminals; crossed them over, connecting the left end to the right and the right to the left.

“No Sir!” Protested the young man. “The right must go to the right terminal and left to the left,” he explained to me rapidly losing his patience.

“Yes I know,” I answered. If only he had been less impatient he would have seen that all I had done was to switch around the screens without touching them.

As elaborate as the computer and the screens were, they could not function without the cables. Quite often, we are in such situations in real life when the eyes, like the screens, look perfect in every way and the brain is normal yet the patient cannot see because the cables (optic nerves) are faulty! How does a doctor locate the site of the problem especially since the optic nerves lie at the back of the eyes? We can use direct and indirect evidence. A patient who cannot see with an eye may have a problem at one of three levels. It may be in the eye itself such as a refractive error, a corneal opacity or cataract which prevents light from entering the eye or a disease of the retina. The problem could be in the cable which is the optic nerve.

On the other hand it, could be in the brain.

By examination of the eye, we can identify any problem affecting its structure. We can see the endsurface of the optic nerve as it exits from the eye to connect the brain inside the skull with the same instrument we use for examining the inside of the eye. This makes the optic nerve the only nerve in the body that we can see any part of it directly. There may, however, be need to do radiological examinations or a brain scan to locate the site and scope of the problem.

Do we always succeed? The answer is “No.” The human body is rather complex and two plus two is not always four! Once in a while we are unable to find the right answers. We also know that what we eat or do not eat may cause problems for our optic nerves! Badly processed cassava, excessive use of medicines such as Chloroquine or Quinine, toxic alcohols and herbal concoctions are well known to cause severe damage to the optic nerves. On the other hand, a balanced diet containing dark green leafy vegetables and fruits is good for the eyes and nerves.

Arithmetic of change – The refrain of the new song on the market is CHANGE. Those who are singing this song believe that only one man can make it happen. Change will NEVER come though one man! You and I are the agents of change. The change you want must start with you!

Therefore, that person you are waiting for is YOU! When you and I begin today to change, our dream of a better Nigeria will happen. It is simple arithmetic. One in 196 million places is 196 million but one in 196 million is just one!

‘Soon, we shall have a house full of blind people’

An encounter with ‘Bill Gates’