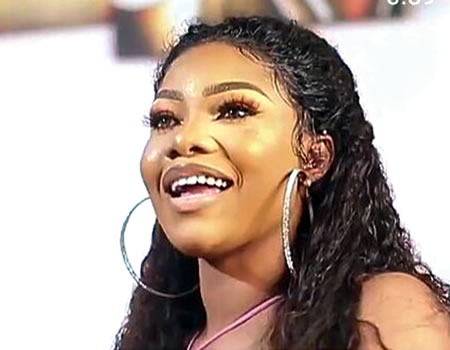 Away from the Big Brother Naija drama that almost consumed her, one of the housemates of the just concluded Pepper Dem Season, Tacha may have finally began the process of getting the pieces of her life back together.

Tacha, who was disqualified from the Big Brother game for pulling the hair of the eventual winner of the game, Mercy during a heated argument appeared to have landed in the good hands of Tiwa Savage’s ex husband, TeeBillz.

Teebillz had promised to make Tacha the biggest brand out of Africa shortly after her disqualification from the game, and if the story doing the rounds is anything to bank on, the two may start working together on new projects soon.

On Friday, Teebillz, whose marriage to Savage crashed irreconcilably took to his Instagram to announce that she has welcomed Tacha to his brand, BillzVizion and urged her fans to throw their weight behind their favourite star.

Teebillz has kept a low profile since he broke up with Savage and has emerged as one of the most respected artiste managers in the country.

My coronation day was my saddest —Oba Abolarin