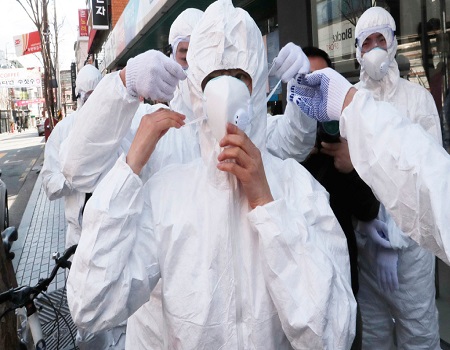 Sweden reported its first death from the new coronavirus on Wednesday with an elderly patient dying in intensive care at a hospital in the Stockholm region.

Sweden has around 460 confirmed cases of the virus, the first of which was identified at the end of January.

“The patient has had COVID-19 as well as an underlying sickness,” the regional health authority said in a statement.

The authority said that one other patient with coronavirus was being treated in intensive care in the Stockholm region.

With the rapid increase in the number of cases in Sweden in recent days the Public Health Agency on Wednesday asked the Swedish government to ban gatherings of over 500 people in a bid to stop the spread of the disease.

The government said earlier on Wednesday it would follow any such recommendation.

“It is an infection protection measure that can have an effect on the situation we are in now, and to be effective, the measure should be applied across the country,” Johan Carlson, Director General of the Public Health Authority, said in a statement.

On Tuesday, the Health Agency raised its assessment for a spread of the virus in Sweden unrelated to foreign travel to its highest level.

Reps to probe influx of fake, sub-standard and counterfeit products into Nigeria