Something died in me day my father died —Omotola

Entertainment
By Segun Adebayo On Apr 4, 2021 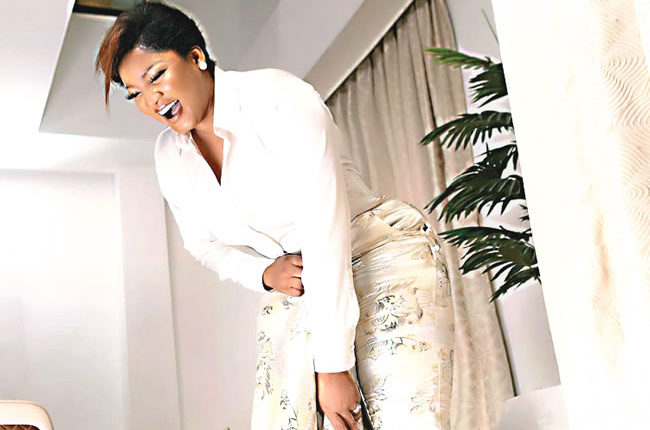 Popular actress, Omotola Jalade-Ekeinde, has said that losing her father at the age of 12 broke her in many ways that still affect her till today.

On the latest episode of popular interview series tagged #WithChude, the veteran actress, in an emotional recollection of events, shared the experience of losing her dad and living with the pain for the rest of her life.

Speaking on her relationship with her father up till his last moments, the legendary actress shared fondest memories and also discussed a period that changed the nature of the father-daughter relationship and caused a strain to the bond.

“When I was about nine years old, I was shipped to Command Secondary School in Kaduna. By that time, they had just given birth to my younger brother. I was a child and I did not take it well at all. I even remember when he was leaving and we both were crying. It really affected me – I thought the reason was because he now had other kids, and I was no longer important to him,” she said.

While in school at Kaduna, her world was shattered by the news of her father’s death at a time when she was beginning to anticipate returning home to spend more time with him.

“I think everything I have been, positively or negatively, was solely because of my father’s death. It affected me so much; I did not even know how much at the time. I did not even mourn my dad. At the age of 12, I was becoming a little lady, and I was excited to spend time with my father. That was when I got called out of school because I needed to be home. I knew someone had died because of how everyone in school was tiptoeing around me. The only thing I kept saying at the airport was, ‘I just hope it is not my dad’.”

“For some callous reason, I was okay with it being anyone but him. When I got home, I was greeted by a crowd. As I walked into the house, I was thinking about which of my family members had died. I saw my brothers, then I saw my mum, and, at that moment, I froze because I knew it was my dad that had died. I’m not sure if it was the guilt of wishing death on someone else, and not him, or because I was too young to process it or because I was still angry with him for shipping me off, but I was numb and emotionless, and it has affected me to this day. It was like something died in me,” she concluded.

My plan is to keep releasing evergreen music —El Zeez