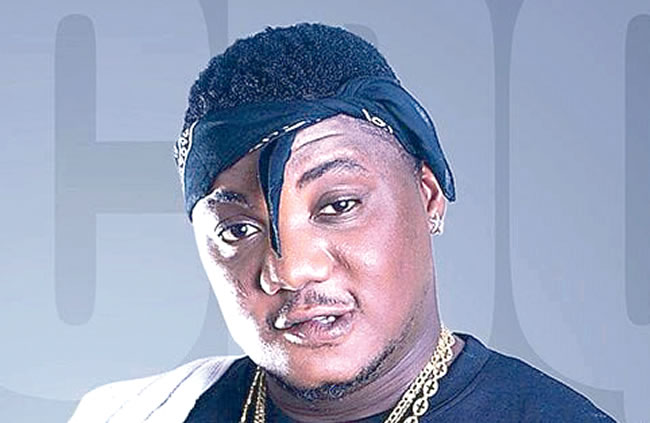 Following his arrest on Wednesday night by Nigerian Drugs Law Enforcement Agency (NDLEA) for being in possession of a substance known as ‘loud’ in local parlance, popular rap artiste, Sodiq Yusuf, otherwise known as CDQ, has said some people tried to frame him up.

Some operatives of the anti-drug enforcement agency reportedly stormed CDQ’s house located at Lekki, Lagos State on Wednesday evening after it said it picked up an intelligence report that suggested the singer was in possession of some substance known as ‘loud’ in local parlance.

After being detained for some hours on Wednesday, CDQ, R gathered, was said to have been granted bail and asked to report for further investigation which continued this weekend.

He was said to have been picked up by the anti-drug agency for allegedly violating the drug law, but CDQ who refused to comment on the arrest in a post on his official Instagram account, said some people tried to set him up.

Findings revealed that while celebrities have been speaking against the raid on CDQ’s house, the rapper is said to be troubled by the allegation and has promised to prove his innocence.

Efforts to speak with CDQ on Friday to get his reaction proved abortive as his manager declined comment. But in what looked like his reaction to the development, CDQ on his Instagram account wrote “No sleep for the wicked. Iyalaya yin oni sun for this Lagos. They try to set me up but Olohun wa,” (sic).

However, NDLEA’s Director, Media and Advocacy, Femi Babafemi, in a statement said the case was still being investigated as CDQ was expected back in custody on Thursday. He added that there is an ongoing investigation and the media would be kept posted.

In spite of the huge investment in the water sector by the government and international organisations, water scarcity has grown to become a perennial nightmare for residents of Abeokuta, the Ogun State capital. This report x-rays the lives and experiences of residents in getting clean, potable and affordable water amidst the surge of COVID-19 cases in the state…‘Life is us’ gives  ‘Life is us’ gives

The Lagos-Ibadan railway was inaugurated recently for a full paid operation by the Nigerian Railway Corporation after about a year of free test-run. Our reporter joined the train to and fro Lagos from Ibadan and tells his experience in this report…‘Life is us’ gives  ‘Life is us’ gives

Why I am the new street fashion artistic director —Kennedy Ofubu

Audio adaptation of FELA! Broadway musical premieres on Clubhouse May 15

Some of my colleagues took my jobs, convinced producers not to cast me —Adunni Ade