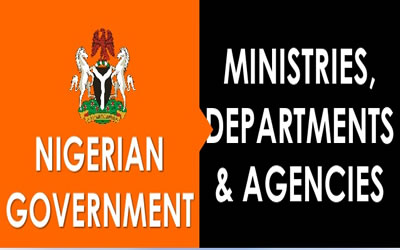 In a statement in Abuja on Saturday, the coordinator said the aim of the office had always been to sensitise citizens’ awareness to the significance of service delivery.

According to her, the awareness campaign will guarantee enhanced service delivery and stimulate citizens to challenge service failures and demand for quality service.

She noted that SERVICOM’s mandates were renewed to make the office more efficient in coordinating the formulation and implementation of Service Charters of Ministries, Departments and Agencies (MDAs).

She also said the renewed mandates had empowered SERVICOM to regularly monitor and report to the presidency the progress made by each MDA on Service Charters.

Akajemeli said the office would, henceforth, carry out independent surveys of the services provided to citizens by the MDAs, their adequacy, timeliness, customer satisfaction and would publicise the results to keep citizens fully informed.

“Service Charters tell the customers what services to expect, which service standards are available and what to do when service delivery fails,’’ she explained.

She said SERVICOM Office had evaluated 222 service windows as part of its strategy to stimulate improvement in the quality of service delivery and to measure customer satisfaction in the public sector.

She also said the office had trained more than 12,000 public servants which has exposed and re-oriented civil servants on basic concepts of service delivery and customer satisfaction.

Akajemeli, nonetheless, observed that lack of ownership and performance monitoring, had affected the office.

“Within the MDAs there is little or no ownership of Ministerial SERVICOM units by some chief executive officers because the units are not appropriately positioned to perform their roles within their organisations.

“The SERVICOM Office has no legislative instrument (Act of Parliament) on the execution of its mandates.

“This has affected the effectiveness and sustainability of the office.

“Attempts to have the SERVICOM Bill enacted in the last two legislative sessions have not been fruitful,’’ she observed.

The coordinator, however, noted that adequate and regular funding for the SERVICOM Office to enable it achieve its mandates will boost its operations and activities.

FRSC to clampdown on drivers using phones while driving

2020 budget: We are sticking to deadline of defence — Gbajabiamila

Reps canvass patronage of locally made vehicles by MDAs