Save us from Fiditi stream that takes lives, properties —Ikire communities cry out

The South West
By YEJIDE GBENGA-OGUNDARE On Mar 3, 2020 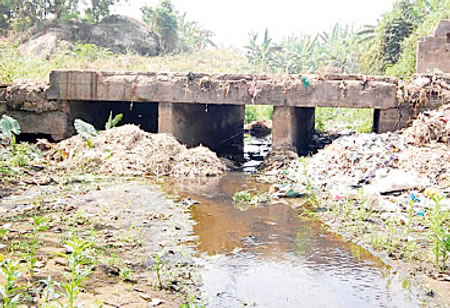 For the last 30 years, residents of communities that make up Baralogbo in Fiditi area of Ikire, Irewole Local Government Area of Osun state, have battled with issues of flooding as a result of the ancient Fiditi stream overflowing its bank every rainy season, leading to loss of lives and properties. YEJIDE GBENGA-OGUNDARE reports that as the rainy season draws near again, residents have raised a save pour soul call to the government to save them from the annual loss to incessant flooding.

As many people eagerly await the rains, to give respite from the scorching heat of the sun and dusts causing different types of ailment and farmers wait patiently for the rain to signal the commencement of the cultivation season this year, reverse is the case for the people of communities that make up Baralogbo comprising of Isale Ile  Baralogbo,  Isale Ile Asalu Adeyemi and Isale Ile Ejemu amongst others in Fiditi Area of Ikire.

For these communities, the sign of impending rain is like a sign of impending doom as it raises the fear of past experiences where    there is massive loss of lives and properties due to constant over flooding of the Fiditi stream which had led to massive destruction of infrastructure in the area. 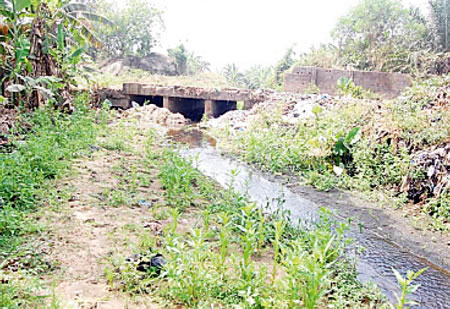 Speaking about their plight, the Secretary of Baralogbo Community Development Association, Otunba  Ademola  Ademola Ogunkanmi stated that  the situation  which started since early 1990s had defied all their abilities and had caused untold hardship for them.

“We have lost so much and if nothing is done on time, much more will still be lost.  We have lost over 300 of our ancestral homes and we are still counting. We have lost so much that can be estimated to have run into billions over these 30 years. Many are now homeless and so many homes have to be abandoned especially during the rainy season. In 2017, five people including a police officer as well as vehicles and motorcycles were washed away by the Fiditi stream,” he said.

Also speaking,   Oyelakin Ayodele said that the community had been trying its best through community based efforts to mitigate the situation which has defied their abilities. “We have been doing our best as a community to ensure this annual problem stops but it has been beyond our abilities, though it affects other areas too, the immediate communities affected are the Baralogbo communities especially those in Fiditi Ward 6.

“We have tried our best to ensure that this stream which looks harmless during the dry season stops taking lives and destroying our properties but it is beyond our ability to proffer a permanent solution in chanelling the course of the water,” he stated.

Otunba Ogunkanmi told Nigerian Tribune that what the community is going through is an annual challenge and the stream has turned to a go that takes human sacrifice. “This has been a recurrent incident every rainy season and the stream has become a monster that kills people and destroys homes. If the proper thing is done in time, the needless death and wanton destruction of lives will stop. 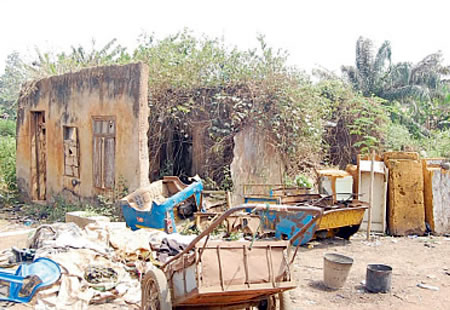 “We have lost over 300 houses built by our fathers and the count is still on. We have written a save our soul letter to the Osun state government and we are expectant because we know Governor Gboyega Oyetola is a listening governor,” he stated.

And what do they think will put an end to their annual challenge, Nigerian Tribune asked? The community believes that dredging and putting concrete slabs besides the stream will solve the problem completely.

“We are appealing to people concerned to find a lasting solution to this annual menace by dredging and concretising both sides  of the stream from Ako end to Ibadan/Ife Express Road in Ikire, this will help our people live peacefully even when it rains and also stop the adverse effect of the flooding on our economy. We also appeal to you to let people know about our situation because we need assistance,” the community representatives stated.

The ravaging effect of flood caused by the ancient Fiditi stream overflowing its banks and flowing into the community wreaking havoc on its path is evident in the abandoned buildings and destroyed homes that dot the landscape of the community especially the homes that had been overtaken by weeds and shrubs. 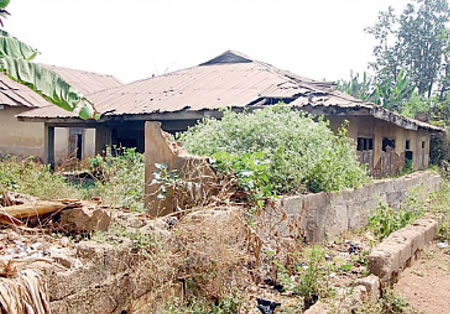 Indeed, it is a look that speaks of a continuous lost battle with the force of water and as the rains draw near, the fear of the people cannot be said to be wrongly placed as they battle for a solution to avoid being sacked by flood again this year.

And being a farming community, the immediate impacts of flooding is not limited to loss of human and animal life and damage to property, the community also experiences destruction of crops, loss of livestock, and deterioration of health conditions as a result of waterborne diseases. Economic activities are also affected as people are forced to leave their homes and normal life is disrupted.

Many residents have been traumatized and have a phobia for the rainy season as the life of those displaced during the season is affected throughout the years especially children who are stopped from school and adults whose business are disrupted.

The psychological impacts on some residents have made them dread rainfall especially those that are forced to live in waterlogged areas throughout the year. 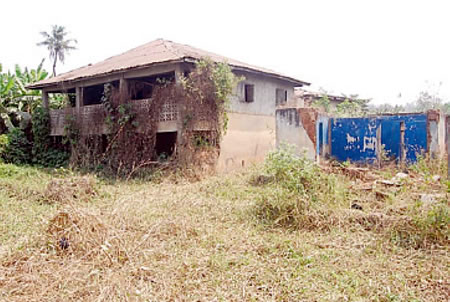 The situation however may not be the same this year as the state government has reiterated its commitment to ensure that the incessant flooding does not occur this year. Speaking with Nigerian Tribune, the Commissioner for Environment and Sanitation in Osun state, Sola Oladepo, stated that government is aware of the plight of the people and is working on ensuring that flooding becomes a thing of the past in Ikire.

According to him, the government puts great importance on the project and has ensured that it is monitored by someone who is equally committed to the welfare of the people.

“Fortunately for us, the Deputy Governor is from that side and he directly supervises all the dredging work that is going on in that area, we have been on dredging of flood prone rivers and streams for the last two months. We are just about to finish the dredging of some of the rivers and we are going to work on the whole of Ikire. 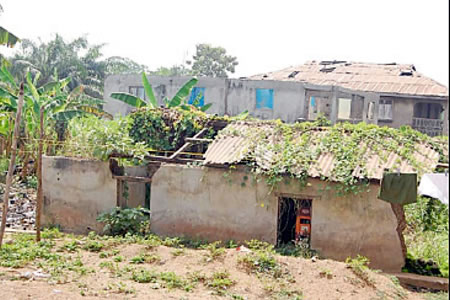 “So basically, they have nothing to fear because government is on top of the situation and we have tagged it as one of the flash points; it will receive adequate attention and before the end of this month, the people will see the effect and be able to have peace even when it rains. It is a priority and we will not let the people down,” he stated.

My disciplinarian parents shaped my life —Olofin of Ilishan-Remo