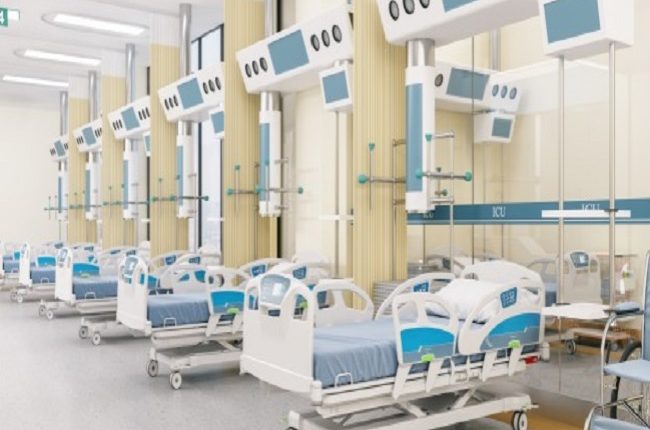 THE precarious condition of our health institutions continues to be a source of worry to all. Before now, stakeholders in the health sector had cried out over the deplorable conditions, which had taken a heavy toll on the people seeking medical attention. It is worrisome that virtually all aspects of our national life suffer from one problem or another. If there is a sector that deserves more attention, the health sector should be topmost in such classification. For it is when the citizens are healthy that the nation can prosper. A sick citizen cannot contribute meaningfully toward national advancement. Apart from the several bright minds that the country has lost to brain drain, the dilapidated health infrastructure has continued to encourage medical tourism, through which colossal sums of money are lost to foreign countries, which the Nigerian Medical Association (NMA) puts at about US $1 billion annually. For optimal health care delivery to take root, the World Health Organisation (WHO) recommends a doctor-patient ratio of 1:600 for every country. Painting a gory picture, NMA warns that if Nigeria decides to graduate 3,000 doctors every year without the doctors leaving the country, it would still take another 25 years to meet the WHO estimate!

What do we witness today in our health institutions? Sad experiences are reported in the media. While the services provided by private clinics and hospitals are fair, those provided by government clinics, hospitals, and institutions are generally poor. The reason for this can be attributed to the same problems that have marred the management of public facilities and infrastructure in the country. The situations in teaching hospitals tend to be more grievous, even though specialist hospitals are expected to be properly established, funded, equipped, and staffed with a wide range of consultants and personnel. Ordinarily, patients are referred to teaching hospitals when their health conditions are not being given the required attention by smaller hospitals. Hence, patients are helpless when asked or taken to teaching hospitals where they are made to suffer untold hardship and neglect. A colleague lost his wife at the University College Hospital (UCH), Ibadan, Oyo State after being admitted for childbirth. The excellence that UCH and other leading teaching hospitals across Nigeria are known for appears to be fading-off and becoming something else. In the end, the woman died but the child narrowly survived.

Narrating his ordeal, the friend complained that most of the medical workers that attended to him and his wife were hostile and treated them with disdain. Not only that, when her sick wife was brought in as an emergency case on a Friday, she was also not given appropriate attention till Sunday, and when it was time for payment, he lamented that the hospital insisted that payment must be by cash despite the government’s regulations encouraging on cashless transactions. The bereaved man recalled that after payment, people were made to go to another section whereby receipts were issued, wondering why payments and issuance of receipts could not be done simultaneously. The other harrowing encounter by the bereaved man was that potable water was not readily available, the buildings were dilapidated, many of the wards looked unkempt, and mosquitoes had a field day biting them. As it is, people are frightened to go to hospitals for fear of contracting diseases. It was further learnt that some sections of public hospitals are designated as special wards. Why such discrimination in a public institution? In many public hospitals, patients wait endlessly in queues to see a doctor irrespective of the nature of their illness, and bed spaces are insufficient that the sick are made to sleep on the bare floor.

Another colleague painfully gave her ordeal when she lost her husband, who was on admission at a teaching hospital. Aside from the litany of tests that they were asked to do outside the hospital, the recommended drugs and consumables were just too expensive and numerous as she kept buying and buying. Nothing much was done to treat the patient and by the time she returned from where she had gone to collect test results, all the items they previously purchased had disappeared and no one could account for anything. Most of the drugs they were mandated to buy were never used before discharging the patient, who eventually died. To recoup some money, most of the unused drugs had to be resold to ease the debt burden. Why would a patient’s corpse be unduly detained under the guise of conducting another round of tests?

The dire situation of our health facilities can be zeroed down to human factors such as graft, inadequate funding, poor administration, non-adherence to medical ethics, lack of enforcement of punitive measures against gross misconduct, and weak supervision by regulatory bodies. Corruption by medical workers allows them to make a fortune from the misfortune of others. The decline in statutory allocations to health has equally impaired many public hospitals from performing to expectation. Funds are not released on time and if at all, they are grossly insufficient. For instance, the total combined budgetary allocation by the Federal Government to its teaching hospitals was a meagre N475.37 billion comprising N176.45 billion in 2019, N158.24 in 2018, and N140.68 billion in 2017. Failure to adhere to professional codes such as a subscription to the Hippocratic Oath and other medical ethics would continue to embolden erring health workers to act with impunity. Appropriate disciplinary measures should be meted out to medical practitioners whose professional negligence is a source of embarrassment to the council as was done in the case of Dr. (Mrs.) FCL Olaye v Chairman Medical and Dental Practitioner Investigating Panel ORS [1992] 5 NWLR 553. The truth is that as long as we continue to admit, and enrol persons without human feeling, conscience and calling into medicine, nursing, laboratory technology, and the like, quality healthcare would remain a mirage. Failure by professional associations, regulatory agencies, and government bodies to put a tab on the administration of public hospitals has largely contributed to the problem we are battling with.