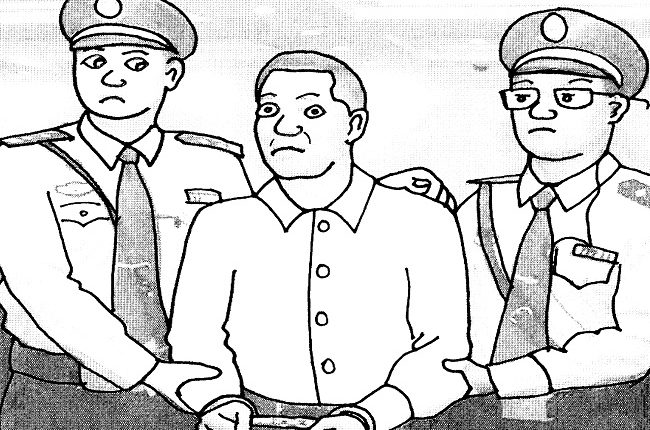 The word ‘police’ means to control or order ensuring that rules and regulations are being followed. Merriam-Webster Dictionary defines ‘police’ as ‘the people or the department of people who enforce laws, investigate crimes, and make arrests. Oxford Advanced Learner’s Dictionary also defines police as an official organization whose job is to make people obey the law and to prevent and solve a crime. Given above are denotative meanings of the word ‘police’. There appear to be connotative interpretations of the word as a behaviour of some officers of the Nigeria police suggests; they seem to have interpreted the act of policing to mean freedom from violation of laws and orders while enforcing same laws, investigating crimes and making arrests. If this ‘behavioural interpretation’ has its root in the way our police officers were trained, something is definitely wrong with our system. And if not, but out of their whims and caprices, they choose to disrespect human rights with impunity, something is also wrong with our system.

It’s saddening that some officers of the Nigeria police violate the rule of law while enforcing the same on others, commit more crimes while investigating an allegation of crimes and are obviously hostile while making arrests. They forcefully enforce laws which they (themselves) do not obey. Some Nigeria police officers are criminals in police uniforms who investigate and arrest other criminals in mufti. Instances of violation of rules of law and human rights by some officers of the Nigeria police are innumerable. But particular one that pinched my stimulus like a hypodermic needle and stimulated my instinct to write this piece was the gory incident that happened in Osogbo, Osun State, this Tuesday, where ‘police SARS’ reportedly chased suspected Yahoo boys to death! Although the Governor of the state, Dr. Isiaka Gboyega Oyetola, whose administration accords priority to security matters, immediately dispersed security aides around him to the scene of the incident, the deed had already been done!

For close to 24 hours, protesters in their hundreds held peace of the area of the incident and others not too far from it to ransom. Avoidance of this aftermath and possible degeneration into widespread violence must have informed Governor Oyetola’s decision to release his attached aides at his own security risk. The risk, I would say, is worth it given the efforts of the Governor which earned the state status of being one of the most peaceful states in Nigeria. God forbid if something unwholesome had happened to the Governor in the interim of his porous security, would that have been a price of having a badly trained or ill-mannered security agents in our polity or what? The Osogbo bloody incident, among many others, that depict Nigeria police as vampires in our midst, reminded me of a thirteen-line, four-stanza poem which I wrote about ten years ago entitled “The Vampires in our Empire”. I think it is appropriate to end this piece with a replication of the poem while appealing to Nigeria police to stop being vampires in our empire.

The Vampires in our Empire

They’re bred by a king to guide an empire,

As vampires are in the empire,

The king they guide, they do not admire.

Their career, they do not desire,

To be noble, king and guided they also aspire,

In pursuit of what they aspire, they conspire.

And in their domains dwell the vampires

Can’t they conspire to conquer the vampires?

Will more pay make them move to conquer?

Tell the king of the empire not to retire,

As vampires seem not tired,

And the empire is under fire!