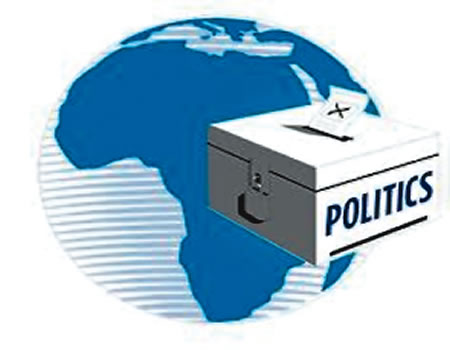 INDIA practises a robust democracy, the largest on planet earth, to guide its one billion plus citizens spread over a subcontinent territory. But the country still has the vision to capture the view that science and technology can’t be placed in the background even in the face of the divisive and capricious politics it battles regularly. The country’s politicians, in power or in the shadows, have sworn to the aggressive pursuit of being in the forefront of global developments in science and technology. The so-called poverty indices of India have not stopped successive governments from voting billions of dollars to elevate the science and technology sector to heights now the envy of the world. Recently, India struck a new feat: it became the fourth nation to launch a lunar mission, after the big three, Russia, United States and China. It was the reward for a relentless faith in science and technology as the answer to mankind’s foes going by different names: poverty, disease, hunger, inequality, corruption, natural disasters, gender imbalance, demographic disequilibrium, urban violence, countryside privation, insecurity, weak government institutions, general systemic failures etc.

The message India and those other technology-driven societies are telling Nigeria and other nations that ought to be so minded on account of their potential is that the future belongs to societies that devote thriftless resources to kitting their countries and citizens with education in science and technology. Your vast population on its own counts for nothing if the people are ill equipped to embrace the future.  Nigeria must of necessity grab this communication from those who are, as it were, escaping the woes of the present age, by applying the tools of science and information technology. Otherwise, we shall remain stuck in this undesirable present which isn’t allowing us to benefit from the full potential of our teeming population and immense wealth spread all over big land called Nigeria. Smaller countries like Cuba, Israel, South Korea, Singapore, Malaysia etc. are counted among giants for their big strides they are taking to overcome their economic and social challenges through dependence on science and technology.

They deploy massive resources from their ‘meagre’ capital to align with the reality of our time that your oil and other non-human possessions won’t save you when the locust days break upon you. Otherwise the world’s oil-soaked countries would have displaced the likes of Russia, Cuba, Israel, India etc. So while we play our politics the piquant way we’ve been handling it for nearly six decades since Independence, we must reorder our priorities to push science and technology to a more befitting pedestal. We aren’t doing so at the moment. Why, for instance, should our politicians be talking of the 2023 poll now in 2019, even when those we just (r)elected are less than six months in office? It’s misdirected and unpatriotic fervor! The countries we are referring to as paragons practise politics alright. But they don’t allow it to outlaw what constitutes the future. They don’t allow politics to consume them.

In Nigeria, we give scant attention to onerous issues. Which is why in the 2019 Budget, the Federal Ministry of Science and Technology, FMST, and its over 17 agencies got a beggarly N66,823,303,434. The entire Appropriation Bill is N8,826,636,575,915. The sector got 0.757 per cent of the budget. It didn’t even receive up to one per cent of the total figure! If you break this down, more than half of this presentation is for the payment of salaries, with little left for research, which FMST should be doing. Indeed, the department got one of the least allocations in the 2019 budget.  Yet, FMST’s ‘’mission is to facilitate the development and development of science and technology apparatus to enhance the pace of socioeconomic development of the country through appropriate technological inputs into productive activities in the nation.’’ It is also expected to promote wealth creation through research in agriculture, manufacturing as well as aid reliance on nuclear, renewable and alternative energy resources for peaceful and development purposes. The goal is that while delivering all these, there will be mass employment and an improvement in the lives of the people. Ideally, fulfilling these place where we should announce that we now belong to the league of the Asian Tigers. To be sure these are the parameters that accord them that honour.  Many believe the challenge at FMST is due to our inability to recognize its strategic role as the pivot of development in any society. This is reflecting in the fund we allocate to it yearly in our budget. Although at present, the department is headed bya revered politician OgbonnayaOnu, an academic who doubles as an ex-governor, the authorities need to complement this leadership adequacy with immense capital capacity. I think not less than 15 per cent of our national budget should be given to FMST to accompany an agenda that encourages more of the young generation to study the sciences and be knowledgeable in information technology.

The other day, Israeli leader, Benjamin Netanyahu, stood before a world audience, reeling out his country’s gigantic attainments. He declared that his country’s phenomenal strides in the military, economy and agriculture were based on its firm grip on technology and its offshoot of artificial intelligence. He said a country only a tenth of one percent of the global population is literally applying its technology to drive the world. He claimed that Israel has, through its exporting its technological innovations, been able to scoop back an enormous return of 20 per cent of the world’s total investments in cybersecurity. That’s about 200 times beyond its weight. Now, Nigeria, with resources—human and natural—far outstripping that of Israel can transcend the heights reached by the Jewish nation if we leverage on the dynamic power of science and technology by feeding it more funding. We can start without delay with our infants at home,and the older ones in the classrooms of our primary, secondary and tertiary institutions as well as in the MDAs saddled with giving us the benefits of science and technology. Let’s empower this field with more of our petronaira and starve our politics.

Of government and poverty

What we achieved without strike —Ugboaja, NLC secretary