Rapping in gospel music is not a sin —Mercy

Despite the fact that she is a fast-rising gospel music singer, Simeon Mercy, has also proved that she is a multi-talented
personality as she is also making waves in other aspects of the entertainment including fashion industry. In this interview with
FAVOUR BOLUWADE, she speaks about her careers and current project. 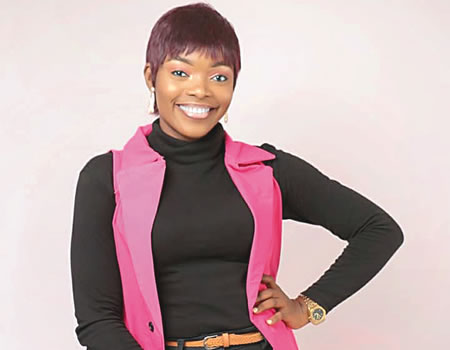 When did you professionally start music?

I started music professionally five years ago, though I have been singing since I was young because I have been in the choir all my life right from the time I started talking clearly as a child.

How would you rate the attention given to gospel artistes nowadays and how good has it been?

I would say gospel artistes are now given more respect than they used to have back in the days, and are sure getting attention just as they are supposed to. Though the world enjoys more of secular songs, but that doesn’t stop us because no one can stop God as we all know. See the likes of Mercy Chinwo who is actually my mentor; Tim Godfrey, Victoria Orenze, Sinach and a lot of them like that, who are actually in Nigeria.  God is indeed making way and difference for His people and I’m glad about it. The attention has done more than good because the world is beginning to see that there’s something different about us, our music has gone beyond just slow songs and they are evolving. For example, songs of Kirk Franklin, Tye Tribett, Tim Godfrey and others are great vibes. We have brought more than that to the table and they are indeed giving us relevance.

Would you agree that there are genres that gospel artistes should avoid and why?

I do not feel so actually because we have a lot more of music genres, but don’t use them since we feel they are sinful, but then the secular world uses these genres to their advantage and people love it. Who says we can’t do gospel hip hop? Who says we can’t do RnB and make sweet lyrics to it for God and our brethren? Some actually see rap as a sin and it pains me to my marrow to see these things happening. We are actually allowed to do any genre of song the way we want so far the lyrics bring Glory to the name of Jesus. So I sure do not think we are or should be restricted to just one genre when there are lots of them out there which we can also use to our advantage.

What roles do you think gospel artistes should play in the society especially now that there is unrest in our nation?

Our role isn’t limited to just singing to the Father alone but to sing songs that lift the spirit, lift our brothers from the down time they are in, songs that our friends who are in pain, anguish, depression of the society and trouble, would listen to and be blessed because they heard a line that touched them from our song. A friend once said that we shouldn’t always make the songs we write vertical alone that is, to God alone, we should also write songs that are horizontal that is, songs that talk to our fellow brothers and sisters about not giving up, and songs that motivate.  And by doing this, trust me, we are definitely adding to our society one way or the other.

How has your experience in the musical field shaped you and your budding career?

Seriously, it has indeed not been an easy one, not having to do some things you want to do, eat what you want to at a particular time, just having to deprive yourself of some things because you need to keep fit vocally, spiritually, mentally and so on. But then it has also shaped me to be better. I tell you, this wasn’t the way I was three years ago; I’ve seen myself grow drastically, musically, and I have met with musically inclined persons in my space who have pushed me to be better. Professionals like Olujimi Adeboye, who has indeed been a blessing to my life since I met him. He has been a vocal instructor, concert director and a friend indeed.  Also attending my church and being in the music ministry has helped me so much.

What outings have you been involved in?

I have an annual programme I usually hold which is tagged ‘My worship His Throne”. It’s indeed a time where people come to reflect on the goodness of God. The second edition would be happening in April this year which promises to be greater than the former. I can boldly tell you that my experience as a gospel minister these past years has been nothing less than good. I recently released a song titled “Omekannaya” which dropped February 13th of this year and has indeed been another great step and blessing for me.

How did you come about your new single Omekannaya and what message does it pass?

Exactly as I tell anyone who asks me this same question, that the song ‘Omekannaya’ was divinely inspired by God just as every other song which brings glory to Him. I just thought of the goodness of God and how far He has brought me and a lot more, looked for what to do for Him and the song came which speaks of how He never changes, reminding Him of how much I’ll keep loving Him. Omekannaya means “the child who acts like the Father”. It was an avenue for me to call Him different names as I wanted and was in my dialect (Igbo) which I did.

Secular music has pronounced sponsors hence making them very popular, what is the promotion like in the gospel sector?

I tell you it’s hard for a lot of people to serve God because they feel there are so much protocols and leadings to serving Him, which makes them shift towards that which doesn’t require much protocol. So it’s quite easy for the secular music world to gain more sponsors than the gospel world, but trust me God has been making way for His people.  A song writer wrote, “I cannot call on your name and end up in shame, no way”, definitely God has been so good to His people hereby raising men who have his love in their hearts to sponsor His work which He would never let crumble.

How does a singer grow in the gospel industry?

Can you do secular music?

I’ve had people ask me this same question. I’ve had people come to me to do secular songs with them because it will feed and fetch me more than I think gospel music would, but the truth is, I really can’t because I don’t even know how to write their lyrics. It is not because it’s hard but the inspiration to do so has never come. I shut the door for the inspiration not to come in because it just doesn’t flow with me writing them and even doing them. I love and have been doing gospel all my life, so secular for me might be a bit hard and I won’t want anything that will stress me.

Between man and machine (II)