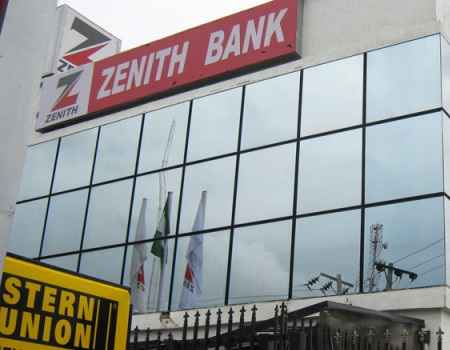 ZENITH Bank, in the financial statements released today, declared a profit before tax of N177.3 billion as against the N176.2 billion achieved in the same period of last year. Also, the profit after tax increased to N159.3 billion from N150.7 billion, while the earnings per share (EPS) improved to N5.07 from N4.80.

On the topline, according to the results, the gross earnings increased to N509.0 billion from N491.3 billion, with the Nigerian operations contributing N441.6 billion to the figures, higher than the N425.8 billion last year.

Revenue from the branches of the financial institution in other African countries contributed N53.9 billion, higher than N53.0 billion in 2019, while Europe accounted for N17.8 billion, lower than N18.0 billion a year ago.

In the period under review, the interest income reduced to N318.8 billion from N321.9 billion, mainly because of earnings from treasury bills and this was due to low yield environment in Nigeria.

However, the lower interest expense of N93.6 billion in the first nine months of this year as against the N107.3 billion in the same time of 2019 helped the net interest income to close higher at N225.2 billion as at September 30, 2020, compared with N214.6 billion in the corresponding period of last year.

The deposits from customers, according to the financials of Zenith Bank, increased year-to-date to N5.2 trillion from N4.0 trillion in December 2019.