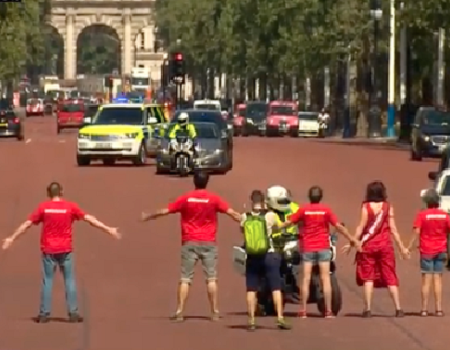 Boris Johnson was blocked on his journey to Buckingham Palace by climate change protesters.

Police was forced to break up a human chain of people standing across the Mall, the road that leads to the palace.

Mr Johnson’s motorcade was travelling to the Palace to meet the Queen and officially take the office of Prime Minister.

Johnson, who is the 14th British prime minister to serve under Queen Elizabeth II.