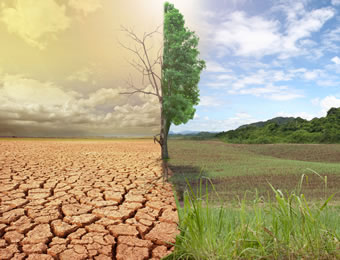 THE UN climate talks in the city of Bonn, Germany is over.  However, environment groups are of the opinion that little progress was made in advancing real solutions to the global climate crisis due to the interests of certain nations.

Philip Jakpor, Head of Media and Campaigns, Environmental Rights Action/Friends of the Earth Nigeria, in a release sent to Ecoscope said, “We face another dangerous reality: governments have failed yet again to deliver what the world needs for real climate action. Across policy areas, instead of action, the ills of corporate interference and influence were on full display.

He said, “Time and again, the US has gone out of its way to undermine the talks on behalf of the fossil fuel industry. The result was an injustice – not only for governments and civil society – but for people around the world who desperately need real climate action.

“This is what corporate capture looks like when it’s threatened. And that’s why this policy is so vital for the future of this process. In the end, a small minority of countries with clear ties to the fossil fuel industry was able to drown out the demands of almost 50 Global South countries and four civil society constituencies at this meeting.”

“But the call to kick polluters out is not confined to the walls of the UNFCCC. Following the call from countries collectively representing more than 70 per cent of the world’s population, over 600,000 people and hundreds of organizations in more than 130 countries are ensuring this call is inescapable from the UN Climate Summit in September to COP25 in December.”

Sriram Madhusoodanan, Deputy Campaigns Director at Corporate Accountability, on his part said, “Although the obstruction of polluting corporations and the governments in their pockets was on full display at these talks, Global South governments fighting for climate justice seized every opportunity to prioritize the real climate action needed to keep warming below 1.5 degrees. In the Article 6 negotiations, historically overrun by industry interests, governments began to expand the toolbox of policies that don’t rely on polluter-backed policies, like markets.

“In the AIM discussions, the negotiating bloc representing nearly 50 Global South countries stood unwaveringly with people in the face of unprecedented bullying and intimidation from the US, Australia, the EU and Norway. Their dedication gives hope that something meaningful can come still out of this process. Government champions and hundreds of thousands of people around the world will not stand by while this process and the future of our planet are sold off to the highest bidder. COP25 will be about people holding governments and polluters accountable. It’s time for governments in these talks to heed this call and firewall international climate policy from the polluting corporations that have fueled this crisis.”