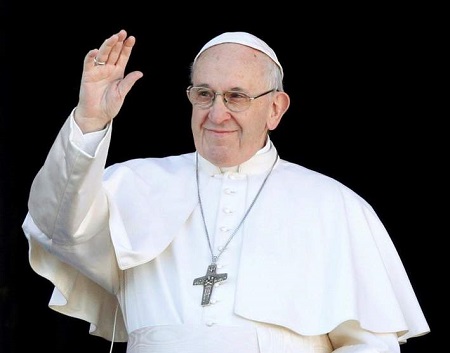 Italy’s virus restrictions mean Pope Francis will not recite the Angelus prayer on Boxing Day before thousands of pilgrims, as in the past, but instead will declaim it from the calm of a Vatican library.

The Vatican moved the location for Saturday’s noon-time (1100 GMT) prayer to the library in the Apostolic Palace, according to a statement from the Holy See.

Originally, the pope had planned to pray to the faithful in St. Peter’s Square, as is customary on Sundays.

In Italy, strict curfew restrictions apply over the Christmas holidays until the beginning of January, with the exception of four days (December 28 to 30 and January 4).

People are only supposed to leave their homes during this time to go to work, to the doctor’s, shopping, or to exercise on their own, making it difficult for believers to access St Peter’s Square.

Due to the restrictions, Pope Francis had to give his “Urbi et Orbi” blessing in a smaller venue on Friday.

The Christmas Mass on Thursday also took place with a limited number of participants.

IBEDC commiserates with families of victims of electrocution

Police arrest 2682 suspects, recover many dangerous weapons in Bauchi in 2020