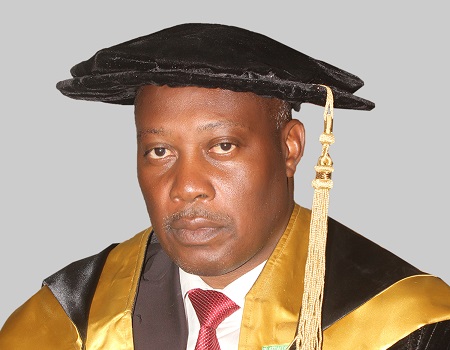 THE Plateau State University Bokko will start a Faculty of Health Sciences and a Faculty of Law in 2020, Prof Yohanna Izam, the Vice-Chancellor of the University, has said.

Izam told the News Agency of Nigeria (NAN) on Sunday in Bokkos that the arrangements had commenced for the take-off of the faculties.

He said that contract for construction of structures for the Faculty of Health Sciences had already been awarded and the contractor had commenced work.

“It is a one-year project but we are working with the contractor to see if we can achieve it in 10 months.

“We think it is visible because we have gotten a significant level of funding for that project.

“What this implies is that in the next 10 months we will start the processes for commencing programmes in the health sciences.

“We have the plan to take off with phase one with a minimum of three departments,” he said.

The vice-chancellor said that the National Universities Commission (NUC) approval, as well as accreditation and certification by relevant professional bodies, were being sought.

He stated that the establishment of the health sciences faculty was a priority to the management of the school because of its importance to the people of Plateau and Nigeria.

Izam stated that the establishment of the faculty would be a big achievement because of the politics of health sciences education.

According to him, even within the catchment area, you find out that thousands of people apply, but only a few get admission.

The vice-chancellor also said that approval for upgrading facilities for the take-off of the Faculty of Law had been granted by a visitor of the school, the Governor of Plateau.

“The approval by His Excellency is in response to our memo to rehabilitate one of the structures that would be remodelled as a take-off structure for the faculty.

“We are also hoping that before the end of the year, the rehabilitation will be completed,” he added.

Izam added that the university was also constructing a befitting complex for the Department of Mass Communication.

He said that the department was being constructed with funds from the Tertiary Education Trust Fund (TETFund) to enable the university to meet the full accreditation condition of the NUC.

“Apart from the projects listed about, the construction of the new health centre, as well as mini-stadium, has also commenced,” he said.

Police closure of SPIP office: I’ve not been briefed, we are on holiday ― Obono-Obla