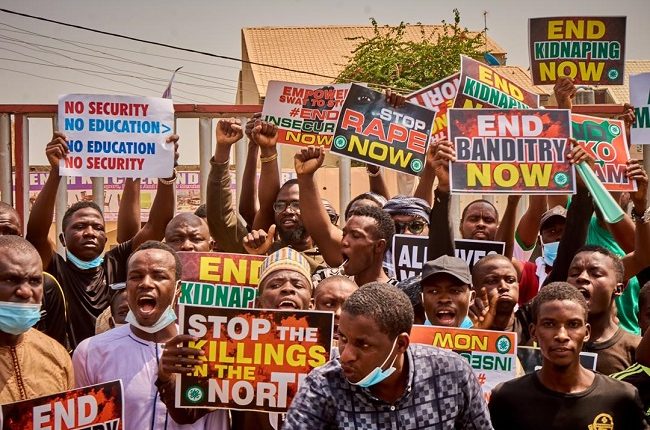 No fewer than 40 people were allegedly injured as suspected armed hoodlums attacked protesters of #EndInsecurityNow in Kano, on Thursday.

According to one of the conveners of the protest, Muhammed Bello, he disclosed that the protest began peacefully at the front of BUK old site with a number of policemen accompanying them.

He, however, added that as the protest was ongoing, the hoodlums surfaced and attacked the protesters.

He further disclosed that the thugs, carrying dangerous weapons including knives and cutlasses, snatched phones and other belongings of the protesters, the situation which led to the termination of the protest around 11.am.

Bello, however, vowed that the protesters will not succumb to pressure, promising to re-strategise on how to better handle the protest.

As at the time of filing this report, all efforts to get the image maker of state Police command DSPHaruna Abdullahi Kiyawa was not successful as his phone rang when a call was made to his handset but was not picked. 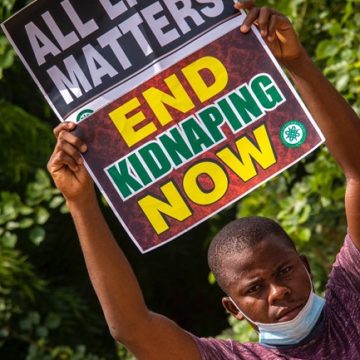 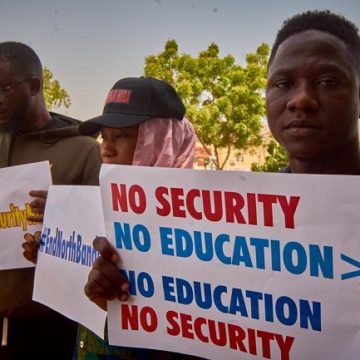 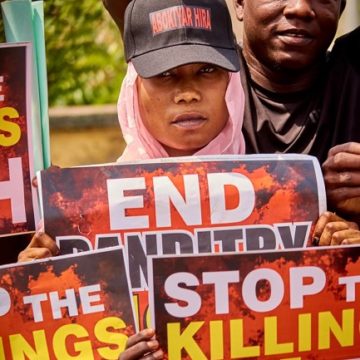 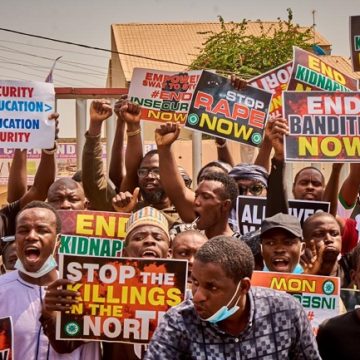 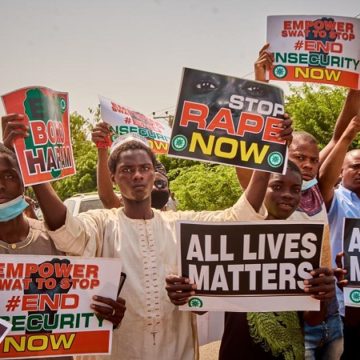 #EndSARS: Ekiti AG frowns at rape of girls by hoodlums