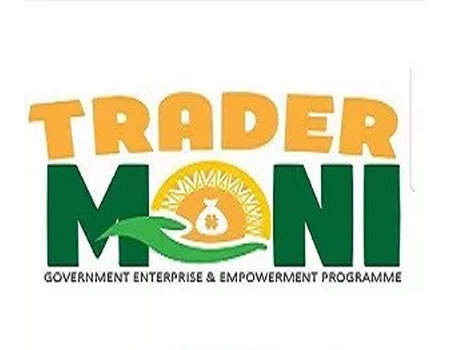 Vice President Yemi Osinbajo has said that there is no politics involved in its micro credit scheme, tradermoni, against rising criticism of the scheme.

Speaking after official launch of the scheme in Ilorin on Friday, Osinbajo said on a live radio programme that the scheme was duly approved by the National Assembly since 2015 but its implementation was only delayed till now.

However, the Peoples Democratic Party (PDP) in the state which had earlier raised the alarm that only APC members were being considered for the programme and that it was a purely political gimmick, organized its own version of the scheme for about 500 members of the party.

Chairperson of Market Women Association in the state, Alhaja Adenike AbdulKareem Lambe, confirmed the rejection of the tradermoni by members of the association.

“We doubt the intention of the federal government on the disbursement of such funds at this period of electioneering campaigns towards the 2019 general elections.

“If they truly want to assist the market women, they should come back after next year’s general elections to disburse the funds to our members.

“We can’t be deceived by the APC government that has not done anything for us in the past three years. Where were the APC led federal government when fire razed our market and consumed goods worth millions of naira?

Meanwhile, the Vice President on a monitored radio interview said that every criticism of the programme was mere politics and asked Nigerians to disregard such.

“I don’t understand what they mean by politicisation. First, this is a programme duly approved by the National Assembly. We started it in 2015 under different name. Majority of the National Assembly members approved it. Our elites sometimes criticise what will help the poor. Did you hear any criticism when  the federal government gave assistance to banks that were having problems around 2010? That time the federal government spent more than N3 trillion helping the banks”

Talking on the timing of the programme, Osinbajo said no time was wrong to do a good thing. “No time is wrong to start doing the right thing. We started about 18 months ago. It was delayed by the  National Assembly. I don’t think we need to take the criticism seriously. The critics are just upset that some poor people are getting help.

“Every state already is operating the tradermoni scheme. But what happens is that when I go to a state a lot of publicity happen because obviously, I will attract publicity when I interact with the people. We are doing two million across Nigeria at a minimum of 30,000 per state. We are very excited with the project