Over 30 WASSCE candidates have recovered from COVID-19 ― FG

•Says framework underway for reopening of varsities, others 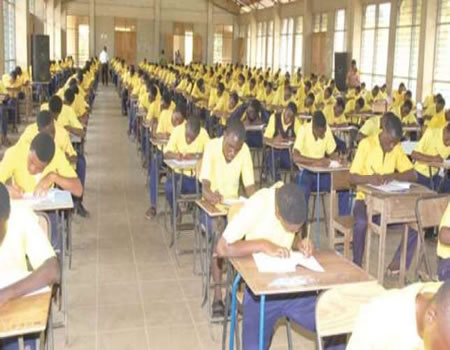 THE Federal Government has confirmed that all the more than 30 candidates sitting for the ongoing West African Secondary School Certificate Examination who were tested positive for COVID-19 have returned negative and are back in classes.

Minister of State for Education, Hon. Chukwuemeka Nwajiuba, made this known during the Presidential Task Force on COVID-19 briefing on Monday in Abuja, where he also revealed that a framework to guide the reopening of universities and other tertiary institutions is being developed.

He did not give a specific date for reopening of schools at all levels, saying discussions were still ongoing.

More than 30 final year students sitting for the ongoing SSCE were tested positive for COVID-19 about two weeks into resumption in schools for revision and had to take their examination from isolation centres.

The West Africa Examination Council (WAEC) had explained that the affected candidates were those who were tested at home and the results of their test were only forwarded to them while already in school.

Nwajiuba said: “On the number of students who may have contracted the COVID-19, we have confirmed that all of them are back in class. All of them have tested negative and we don’t have any further cases. There were four in Gombe, one in Kwara, 20 in Bayelsa and so on.

“This morning during an inspection of examination classes, I confirmed from the WAEC officials that they have been discharged and are back in classes.

“As to whether we are reopening schools at all levels, that discussion is ongoing. We have received feedback from all our universities. They responded as to the state of preparedness and that is being tabled at the PTF.

“We have agreed on a framework that will decide how they come back to schools. Tertiary institutions by their nature are somehow independent. It is their Governing Councils that will take responsibility as to who returns when they return, what department because universities are not like secondary schools or primary schools,” he said.

The Minister added that the Governing Councils and proprietors of the tertiary institutions including polytechnics and colleges of education, have a role to play, saying all the variants were being articulated to guide the reopening of the institutions.

He said it was from these inputs that the PTF would take a decision that would be national guidance which all the states in the country would, in turn, translate into what they could use to guide the reopening of the schools. The Governing Councils are also expected to unbundle the framework which is the national response to the students.

Lessons From Fani-Kayode’s ‘Stupid’
The Femi Fani-Kayode experience was needless and plainly avoidable. But something tells me it won’t be the last. There is the feeling today in power circles that because of the ascendancy of the Internet and its platforms of social engagements, the press as we knew it is now impotent and could be humiliated and called stupid without consequences. The truth of the media’s undying powers should be clear in what Femi just went through…WASSCE candidates have recovered  WASSCE candidates have recovered

Buhari Approves Transfer Of NIMC To Communications Ministry
President Muhammadu Buhari has approved the transfer of the National Identity Management Commission (NIMC) to the Federal Ministry of Communications and Digital Economy. A statement signed by the Minister‘s Spokesperson, Mrs Uwa Suleiman, on Monday in Abuja, said that the approval was based on Buhari’s consideration for the critical role of NIMC towards the realisation of the objectives of the National Digital Economy Policy and…WASSCE candidates have recovered WASSCE candidates have recovered

Businesses May Not Normalise Till August 2021—Report
BUSINESSES and brands, hoping to return to ‘winning ways’ soon, after the devastating effects of the COVID 19  pandemic, may need to wait a little bit longer, as a recently-released CEO Report, from Philips Consulting Limited PCL,  has predicted that it would take another 12 months, August 2021, for the nation’s business environment to fully activate and operate optimally…WASSCE candidates have recovered WASSCE candidates have recovered