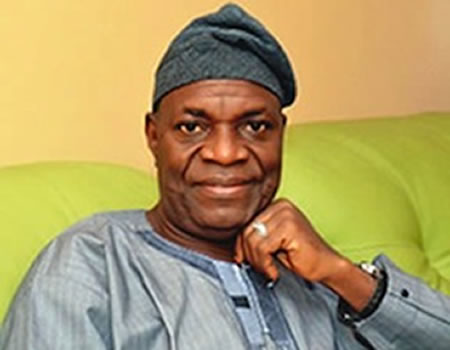 FORMER Secretary to the Osun State Government (SSG), Alhaji Fatai Akinbade has emerged as the gubernatorial candidate of the African Democratic Congress (ADC) ahead September 22 governorship poll in Osun State, just as his name had been submitted to the Independent National Electoral Commission (INEC).

This development followed the voluntary withdrawal of Hon Kazeem Ademola Adio, who had hitherto clinched the ADC governorship ticket.

This disclosure was contained in a press statement signed by the national chairman of ADC, Chief Ralph Okey Nwosu which was made available to the Nigerian Tribune in Osogbo, Osun State capital on Sunday.

According to the statement, “the action was consequent upon the voluntary withdrawal of Hon Kazeem Ademola Adio from the Osun State gubernatorial race scheduled for September 22, this year. Our party is pleased to present a leader, an accomplished public servant and a man always at home with his people to replace him(Hon Adio)”.

He averred that “to us in this trying times, especially as it affects Osun and its people, Alhaji Fatal Akinbade perfectly fits the bill to rescue the state from the proxy war of politicians based outside the state. He had served the state in different capacities as an SSG, Commissioner, and the state chairman that led PDP to victory in 2003”.

ALSO READ: APC to witness another round of defection •Meeting on fresh defection to hold abroad

While expressing optimism that with the pedigree and political clout of Akinbade, ADC stands a better chance of winning the forthcoming governorship election, Nwosu urged members of the party for necessary supports and collaboration, which he noted, were germane to the electoral fortune of the party.

Nwosu stated, “judging from the candidates being paraded by other parties in the coming election in the state, we can readily beat our chest that we shall coast home to victory at the Osun gubernatorial polls because Akinbade, our candidate, stands a shoulder above all of them”.

It would be recalled that Akinbade, a former member of Peoples Democratic Party (PDP) had resigned his membership of the party and subsequently joined the ADC to pursue his gubernatorial ambition,