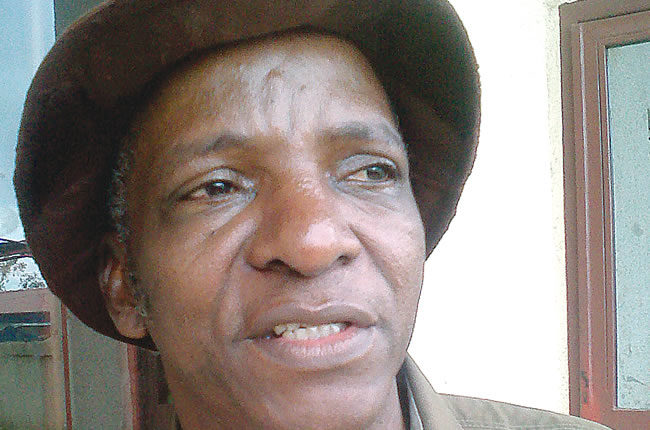 Honourable Latep Dabang, chairman of the Northern All Progressives Congress (APC) state chairmen, doubles as the Plateau State chairman of the party. In this interview by ISAAC SHOBAYO, Dabang speaks on the crisis rocking the party, leadership of the former national chairman Adams Oshiomhole.

WHY did you go to court to obtain an order that gave former acting national chairman Victor Giadom the backing to convene the meeting of thw national Executive of your party that resulted in the dissolution of the organ?

I went to the state High Court after observing painfully the way things were going at the national secretariat, so I decided to headed for the state high court to seek for an order to compel the acting national chairman to summon the NEC meeting to decide the faith of the party because it was obvious that lack of summoning that meeting gave room for all manner of people to parade themselves as national chairman of the party. I am aware that the Court of Appeal affirmed the suspension of Oshiohmole; it gave on order that Victor Giadom should assume as the acting chairman of the party and that is an Appellate Court of competent jurisdiction, until that Court reverses itself, it remained as an order. But people were going to lower courts to obtain an order with the intention to overturn the decision of the Appeal Court, which is against judicial process. It was getting to a stage that the engine room of the party was being destroyed, gradually grinding towards self-destruction. I had to go to Court to compel the acting chairman recognized by law to organize NEC meeting to remedy the situation. He agreed an conveyed the meeting in line with COVID-19, it was virtual and we all participated in the meeting and Mr. president came up with some useful solutions and suggestions to end the crisis because whoever that is recognize as the chairman will have problem, for this party to move forward, whoever you are going to key into, even Giadom that has been recognise by the Court of Appeal, you find people that are not willing to submit to him. It has gotten to a point where there is credibility problem; I agree with Mr. President that it was necessary to dissolve the National Working Committee of APC to pave the way for peace in the party.

Despite the decision of NEC and the intervention of Mr. President, some members of the dissolved National Working Committee (NWC) initially threatened to challenge their dissolution in court; don’t you see this as another invitation to crisis within the party?

The decision of NEC is superior to the decision of the National Working Committee, it cannot be reversed, and the NWC carries out decision of NEC. Since NEC does not meet every day, they are the ones doing the day-to-day running of the party; they are supposed to call NEC meeting periodically to either rectify or to discuss certain issue which has not been done and INEC has taken appropriate decisions.

Is your party not opening up flank for another crisis?

What do we do, we must take a decision and that is what we have done. Those who have been watching the trend of events as it’s unfold within the APC are of the opinion that the crisis rocking the party is proxy war by some gladiators to reposition themselves towards 2023 (cut in)

Nothing is impossible, what you are saying is very possible but as for me I don’t know who they are, what I know is that we had a chairman that had been piloting affairs of the party like a dictator or more like a unionist; we had a chairman that did not believe in team play. I can remember on the number of occasion we had pleaded to see him, he always avoided us. How do you run a party like that? Party is about people it is not a military organization, it is an organization where every shade of opinion matters. Unfortunately the outgone national chairman, Adams Oshiomhole, did not present himself as a team player. Besides, you will agree with me that the fortunes of the party under him dwindled drastically. For the first time in the history of this country, you had a party that was in government and elections were conducted and instead of winning more states, we lost. I can count the number of states we lost under him. Sokoto, Zamfara, Bauchi, Adamawa, Benue Oyo, Bayelsa were all gone. We were only lucky that Imo State returned to the APC fold. So, for this alone, somebody should have stepped aside and allow another individual to do the job of leading the APC. But I think we passed the stage where Oshiomhole should be the issue. There is caretaker committee already in place. The damage has been done; the party has suffered and that was why a surgical operation has taken place to ensure that the APC is back on its winning ways.

Don’t you think the crisis might affect the chances of APC in the forthcoming governorship elections in Edo and Ondo states?

The situation in Edo is very sad; nobody is happy that Governor Godwin Obaseki has left our party. It is regrettable; the man left out of frustration; not because he does not love APC. So, it is a difficult scenario, and a few APC members are likely go with Obaseki. But as political party, we will to do our best to ensure that the candidate that has been nominated wins the election. We have seen worse scenarios. For example in Zamfara State, we won all the elections, only for us to lose all the seats due to internal crisis. In Ondo State, even the first election that brought Governor Rotimi Akeredolu to office in 2016, it was also a turbulent one. I was an active player. I served in the committee that was made to oversee the election with my governor, Simon Lalong, who was the chairman of the committee. In that election, the APC was sharply divided based on internal interest.

Nigeria in the diaspora

Obaseki: As the servant-governor turns 63

EFCC, NDDC, NSITF: Why the anus of those in power smells too badly —Prof. Toyin…