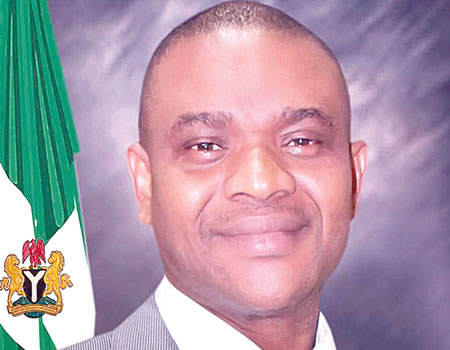 The Project Coordinator of the Hydrocarbon Pollution Remediation Project (HYPREP), Dr Marvin Dekil, has disclosed that all 21 contractors in Phase 1, Batch 1 of the remediation project will have completed work and formally handover the sites by December 2020.

Briefing journalists in his office on the occasion of the ninth anniversary of the submission of the UNEP Report on Ogoniland, Dr Dekil reeled out the achievements of the project since the commencement of remediation work in January 2020.

The HYPREP boss named the lots completed in Eleme as lot 2 Obolo, Ebubu and 8, Nkeleoken, Alode. In Tai, the lots are 17, Bara Akpor Botem and 18, Korokoro Well 9. While in Gokana lot 10, Deebon Bodo/Mogho has also been completed. He further disclosed that another 36 lots were awarded to contractors who have commenced mobilization to sites.

On the water, the Project Coordinator explained that within the last one year, the project has advanced significantly in its bid to provide potable water that is sustainable as well meet WHO standard to communities. This, he said is being done in partnership with the Rivers State Government through the Ministry of Water Resources, the Four LGAs in Ogoniland and the communities.

According to him, the bid opening for the selection of six water contractors on July 14, 2020, was a major milestone towards the provision of potable water to most communities in Ogoniland.

He added that although the UNEP Report recommends the provision of potable water for only a few impacted communities, HYPREP is reaching more communities with the rehabilitation of moribund water facilities of the State government, noting that the project has carried out a survey of water reticulating distances in the four LGAs for the supply of potable water in the communities.

Dr Dekil revealed that six existing water schemes will be rehabilitated across the four LGAs and are expected to supply about 10,950,000 litres of water per day to the communities, adding that upon completion, the facilities would be handed over to the Rivers State Government to run and maintain to serve Ogoni people.

Similarly, Dekil disclosed that the livelihood component of the project is getting its due attention following the commissioning of the cassava processing factory in Korokoro Tai, on July 20, 2020, and the kick-off of the training of 1200 women across the four LGAs of Ogoniland in an agro-allied enterprise with the first batch of 400 in Songai Farm, Bunu Tai.

He disclosed that the cassava processing factory was HYPREP’s sustainability plan for the 15 Ogoni youths who were trained in partnership with Stakeholder Democracy Network (SDN) and the International Institute of Tropical Agriculture (IITA), Onne, in 2019, and said that the ongoing training for Ogoni women will run for six months, after which the trainees will be attached to demonstration farms in their Local Government Area to put into practice what they had learnt before they are organized into cooperatives to enable them to have access to funds to start up their business. While hinting that plans are on to train Ogoni youths in the area of ICT, he described the multiplier effects of these trainings on the local economy as enormous.

The Project Coordinator maintained that overall, the Livelihood Trainings by HYPREP have the key components of quality assurance, sustainability package and mentorship, noting that there is a deliberate and determined effort by the project to raise the bar in business development in Ogoni and by extension the Niger Delta.

On the Centre of Excellence, Dr Dekil explained that HYPREP is already in talks with Ken Tsaro Wiwa Polytechnic, Bori to domicile the facility in the institution for the training of young scientists in environmental remediation. He noted that the choice of Ken Tsaro Wiwa Polytechnic is for ease of access. He further assured that the centre will be built and that HYPREP will partner with institutions both within and outside Nigeria on the Centre of Excellence.

Also, Dekil disclosed that HYPREP is in talks with UNEP for the construction of the Integrated Soil Management Centre (ISMC), while explaining that for the current phase of remediation, engineered bio cells are being used for the treatment of contaminated soil in the various lots.

Dr Dekil assured that the remediation works are on course on all the sites across the four LGAs adding that “we are willing to take interested persons to the sites to see the level of work going on”. He further clarified that all contractors on the project have met all statutory requirements and demonstrated sufficient technical competence.

He further stated that over 20,000 adult persons from the four (4) LGAs of Ogoniland have benefitted from the medical outreach of the project. The medical outreach is part of UNEP’s recommendation for a Health Impact Study to determine the link between the disease pattern of the people and years of oil pollution in Ogoniland. He disclosed that HYPREP has developed a work plan for the study and awaits validation from UNEP

Dr Dekil commended President Muhammadu Buhari for his commitment to the full implementation of the UNEP Report on Ogoniland and the Minister of Environment, Dr Mohammad Mamood Abubakar for pushing for the restructuring of HYPREP to better position it to function efficiently and effectively in the delivery of its mandate of remediating the environment and restoring the livelihood of the people.

Dekil stressed that HYPREP has continued to insist on Global Standards and Procedures in the implementation of the Ogoni clean-up project, thus taking environmental remediation to an all-new height in Nigeria. He again called for the continuous support and buy-in of the good people of Ogoniland to the clean-up project.