Of a cloned Bishop and hypnotised congregation 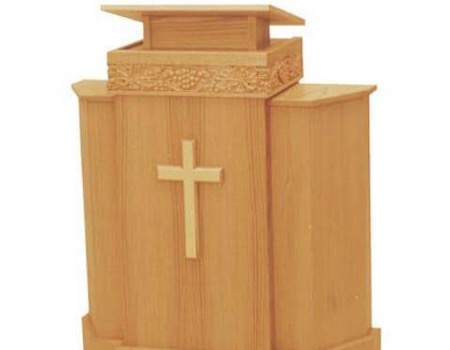 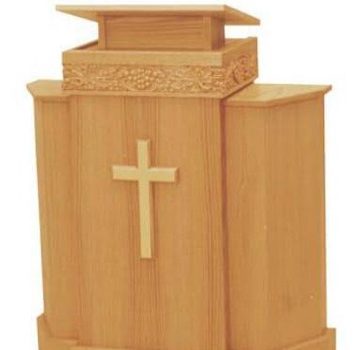 Anyone who thinks politicians are the sole problem of Nigeria is not discerning enough. A discerning mind would realise that the politicians, in many instances, are symptoms of what ails Nigeria, which is a perverted clergy across creeds.

Nigeria is plagued by too many clergymen who are addicted to living lives of opulence that openly conflict with the earthly sojourn of the founding prophets of the faiths. Only such carnal disposition will embolden the overseer of a church to validate the fake news about President Muhammadu Buhari being a clone to millions of his followers.

This desire to be ‘earthly kings’, in sharp contrast to their own admonition to their followers to only be expectant of heavenly rewards, has created first class scam artists that blaspheme against the very doctrine enshrined in the testaments by which they rate others.

Of course, any attempt at censuring the misdeeds of these clergy is immediately condemned as challenging God: the followers of some of these clergymen are quick to point out “judge not” or “touch not my anointed” without a memory of what portion of the scriptures confers such immunity on a General Overseer or “Daddy GO”.

In response to this article, which will take a popular Bishop to task over his perversion of the Christian faith and doctrine, the expected reaction is for his members to invoke curses. But there is adequate provision for them.

The Bible says in Proverbs 26:2 ESV “Like a sparrow in its flitting, like a swallow in its flying, a curse that is causeless does not alight” (or in the Contemporary English Version “A curse you don’t deserve will take wings and fly away like a sparrow or a swallow).

So the Bishop’s followers are free to invoke curses that will not come anywhere near me instead they will reap what is promised in Proverbs 26:27 “He who digs a pit will fall into it, and whoever rolls a stone, it will come back on him.”

That said, it is time to address the roles Nigerians expect of him in the run up to the 2019 General Elections. He has taken it upon himself to be the sole delegate who will decide who becomes Nigeria’s President by May 29 of next year given his recent outings, utterances and missteps.

It is fair to make a disclaimer at this point that other clergymen have commented on the political process and he is not in their leagues – there are those who make emergency prophecies after buying intelligence report from security operatives, there are those who enjoy the attention they get from being controversial and there are a few respected clergymen that are known to constantly make social-political interventions that are borne out of their being divinely led to so do.

A major indicator that the Bishop is losing the plot first came when he escorted the People’s Democratic Party (PDP) presidential candidate, Alhaji Atiku Abubakar, to receive the absolution and the blessings of former President Olusegun Obasanjo in Otta, Ogun state.

Kitted like a pupil of a Madrassa, one can easily deduce from his body language that he was eager for the photo-op with his “incoming president” assuming Nigerians are dumb enough to allow that. A backlash from Nigerians saw him walking back that endorsement by claiming he was on a peacemaking mission, which left us wondering why his peacemaking mission did not berth in Plateau, Taraba or Kaduna states  where ethnic strife claims lives regularly.

Some smart online commentators later identified Bishop Oyedepo, Atiku Abubakar and Obasanjo as using the so called reconciliatory meeting as a cover for them to meet as private universities owners who are smarting from the impact of the anti-corruption war.

Even more grating for him is the sharp dip in the revenue of his church on account of what he told his congregation was “hardship in the land”. In reality, his members are no longer able to fill the offering boxes with money because they are facing the reality of an end to slush funds as imposed by the anti-corruption war.

A lot of them have suddenly realised that to live within their actual means they must make adjustments, which they did and the amount going to the church was reduced. The implication? Bishop now finds it increasingly tougher to maintain his lifestyle.

His tantrums are therefore understandable. He began the tantrum before his photo-op stunt when he told his congregation to vote against President Buhari and support Atiku. His justification is that there is hardship in the land and people are no longer enjoying like they did under the PDP government.

Now PDP, whose flag is flown by Atiku, wants to get back to the Presidential Villa and they have a worthy campaign director. Like other PDP chieftains, his strategy includes blackmail, manipulating facts and hyping fake news to bestow credibility on lies.

This explains why he was able to abuse the sacredness of his position as a clergyman to propagate the fallacy of “Jubril from Sudan” who some halfwits separatist leader claimed has replaced President Buhari in the Villa.

The sad part is that the Bishop, as a clergyman, did not quote from the infallible scriptures to support his outrageous claim. He quoted from a newspaper! A newspaper quoted from the pulpit by a clergyman in place of the Bible and his hypnotised shouted hallelujah to the claim that “Jubril from Sudan” has been cloned to replace President Buhari.

But even to those that operate from the shrine, reality is setting in. This is a clone of the Bishop whose words once turned men from the path of iniquity unto righteousness.

The all deserving Hameed Ali