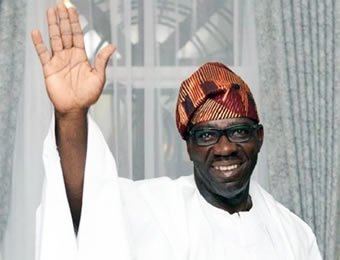 THE Minister of Mines and Steel Developments, Dr. Kayode Fayemi, on Friday, congratulated the governor-elect under the platform of the All Progressives Congress (APC) in Edo State, Mr. Godwin Obaseki, for his victory in the just concluded Wednesday governorship election, saying the Edo people opted for tangible development above empty promises.

It will be recalled that Obaseki was declared winner of the election by the Independent National Electoral Commission (INEC), having polled 319,483 votes to defeat his major rivalry and the candidate of the Peoples Democratic Party (PDP), Pastor Osagie Ize-Iyamu, who polled 253,173 votes.

Dr. Fayemi, in a congratulatory message issued and signed by his Special Assistant on Media, Mr. Yinka Oyebode, a copy of which was made available to Nigerian Tribune in Abuja, said the people of the state have demonstrated, through their votes, preference for progressive leadership, good governance and all round development that characterised the eight years of the APC-led government in the state.

The minister said he was convinced that Obaseki would build on the good foundation already laid by Governor Adams Oshiomhole, whose visionary leadership has impacted positively on the people of the state.

He said the people of the state have voted for continuity of people-oriented government, progressive governance and all round development.

According to him, “Edo people have also demonstrated that they are capable of rewarding an impactful administration and party with electoral support.

“There is no doubt that the state would witness greater level of development, judging by Mr. Obaseki’s pedigree as a strategic planner and seasoned administrator,” he added.