NURTW, RTEAN will be banned if… ― Ajimobi warns 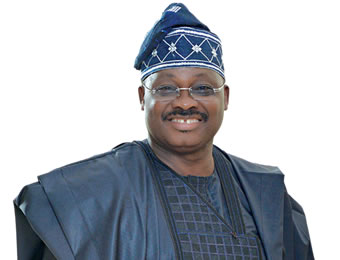 Governor Abiola Ajimobi of Oyo State has threatened to ban the National Union of Road Transport Workers (NURTW) and the Road Transport Employees Association of Nigeria (RTEAN) in the state should the transport unions clash at any point of the current electioneering campaign.

Ajimobi sounded this warning on Tuesday, at rally for gubernatorial candidate of the All Progressives Congress (APC), Chief Adebayo Adelabu, against the backdrop of security reports that the two unions were prepped for a clash.

While urging members of the transport unions to remain peaceful, Ajimobi vowed to ensure that those who resort to violence will be prosecuted while the unions will be banned in the state.

“NURTW, RTEAN will be banned if any of its members engage in any form of violence. I still have 134 days to go, so no one should take our gentleness for cowardice. I’ll ensure that anyone who disrupts peace is prosecuted. Those who tested our might in the past regretted it. So, let’s talk to one another and not disrupt the peace we worked so hard to achieve in the state,” Ajimobi added.

At the rally held at Temidire Motor park, Egbeda local government, Ajimobi expressed confidence in Adelabu’s capability to sustain his legacies in peace and security, infrastructural development, among others.

Addressing the crowd, Oyo NURTW Chairman, Mr Abideen Olajide urged his members to repay Ajimobi’s administration by voting the APC at all levels of government.

Adelabu, in his remarks, vowed to consolidate upon the foundation laid by Ajimobi in security, infrastructure, agriculture, education among other sectors.

He lashed his other contestants, noting that none of them could boast of as much achievements as the Ajimobi-led APC government.

The event saw Chairman of Oyo APC, Chief Akin Oke avow that all the party’s candidates at various levels will emerge victorious.

2019: Why I dumped PDP for APC, Senator Umar Kumo explains