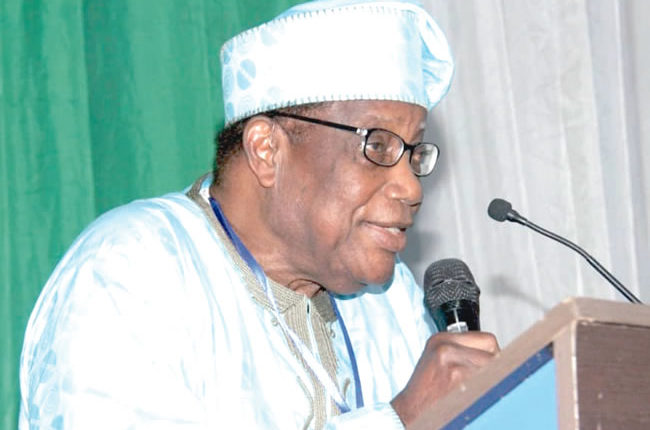 Soji-Eze Fagbemi reports the highlights of the 11th Quadrennial National Delegates’ Conference of Nigeria Union of Pension (NUP), where participants ex-rayed the pathetic condition of the pensioners, called for upward review of minimum pension and overall review of Pension Act.

Elderly citizens under the Nigeria Union of Pensioners (NUP) gathered in Abuja from across the country for their 11th Quadrennial National Delegates’ Conference. The two-day event which held at the NAF Conference Centre, looked at the issue of pension in the country, the pathetic condition of the pensioners, and a way out of the present situation. The union also recognized the state governors who have performed well and have been faithful to regular payment of pension, while a new set of National Executive members was elected to direct the affairs of the union for the next four years.

In his last address as the president of the union, Dr. Abel Afolayan, commenced from the Bible, which he referred to as the book of wisdom, which says, “to everything, there is a time. Time to sleep and time to wake. Time to be born and time to die.” He gave a brief remark on his eight years in office, a mandate that started on April 26, 2013 in Abuja, which was renewed for a second term in Kaduna in 2017 and ended on April 21, 2021.

According to Afolayan, “personally, these two historic occasions humbled me so greatly. For eight years, my team and I have been steering the ship of this great union. We have come, we have seen and I strongly believe we have conquered. Eight years of progress, consolidation and significant advancement for our union of which we are very proud and happy to leave behind us for all to see.

“Eight long years like it will never come to an end. However, everything that has a beginning surely must have an end. Now, the end has come and it is time to step aside. I am grateful to God Almighty, all the leaders of the union, and all pensioners at home and in the diaspora whom I was priviledged to lead. My appreciation knows no bound.”

“We have raised the bar from one edition to another. This year’s edition is, however, the mother of them all. Four performing and progressive governors have been slated today for various categories of awards from the union. While many of their colleagues are underperforming as far as pension administration is concerned and undermining the welfare of senior citizens in their various states, these eminent Nigerians are making us proud and will not allow us to regret ever serving the nation.”

The governors are: Babajide Olusola Sanwolu of Lagos State, who within a space of two years had cleared all various liabilities of pension arrears he inherited from previous administrations in Lagos State.

“As we speak, this ‘digital’ governor has settled all the various pension increases of the last 20years. I have no doubt in my mind that once we get the circular for the April 2019 pension increment, in line with minimum wage, he will do the same. Today, he is being honoured with the distinguished award of Excellence and Greater Commitment to Pensioners’ Welfare.” Afolayan said

Also, Governor Babagana Umara Zulum of Borno State; who took a giant step with determination to clear all pension liabilities in the state. He released the sum of N12 billion at once for payment of gratuities from 2013-2017 and has demonstrated greater passion and love for the senior citizens in the state. The union honoured him with the prestigious award of Excellence and Pensioner-Friendly Governor.

Governor Mai Mala Buni of Yobe State, according to NUP, raised the bar of pension administration in Yobe State from where his predecessor left it. The NUP President said: “I remember four years ago, the immediate past Yobe State Governor was honoured by this union at the event held in Kaduna, His Excellency, as the then National Secretary of the APC was at that ceremony with his governor, but today, he is the sitting governor of Yobe State.

“He is being specially recognized and honoured by this union for raising the bar in pension administration, building on the foundation laid by his predecessor to the overall benefit of our pensioners in Yobe State. We honour him today with the award of Astute Administrator and Best Pensioner Friendly Governor.”

The union said Governor Seyi Makinde of Oyo State, popularly called GSM scored a major feat when he became Oyo State Governor in 2019. This ebullient young man, according to Dr. Afolayan, declared that pension must be paid on the 25th of every month, and it has remained so till date. Besides, Governor Makinde released the sum of N59 billion for the payment of backlogs of government indebtedness to retired primary school teachers in Oyo State.

“In our own way of appreciation, he is being honoured with the award of Excellence in Governance and Pensioner-Friendly Governor,” the NUP president added.

The union also honoured President Muhammadu Buhari with the award of Grand Commander of Nigerian  Pensioners (GCNP), and the investiture is expected to be done at the Villa on a date to be approved in the Villa diary.

Dr. Afolayan did not lose sight of the unpalatable and pathetic condition of the people he led for eight years. According to him, much has been done and achieved by his leadership especially at the federal level and few states, but much more is still expected to be achieved, most especially at the state level.

Specifically, he called for upward review of minimum pension and the Pension Act itself. More importantly, he called for the immediate release of the circular on the increase and consequential adjustment in pension based on the increase in the National Minimum wage as stipulated by the extant law. He regretted that the new N30,000 national minimum wage has been signed into law since April 2019, but the increase in pension based on that has not been effected since then.

He, however, explained that the committee that worked on it has since submitted its report to the Presidency through the Secretary to the Government of the Federation (SGF) since early last year, but the President has not approved and signed it since then. To this end, the pensioners planned to stage a protest match to the Presidency last Friday, a day after their conference.

Dr. Afolayan said the pensioners would be protesting nationwide over the failure of the Federal Government to release the circular and commence implementation of the consequential adjustment. He said the protest will commence on Friday in Abuja to the Office of the Secretary to the Government of the Federation.

However, due to swift intervention by the Minister of Labour and Employment, Dr. Chris Ngige, the protest was suspended. The NUP Assistant General Secretary, Organizing and Media, Comrade Bunmi Ogunkolade, said the protest was stopped when the minister called them to a meeting on Friday and they discovered that President Buhari has since approved and signed the report. The Federal Government also appealed to the pensioner to give it two weeks within which to work on the circular and release it.

Other speakers at the conference also lamented the pathetic condition of Nigerian pensioners, many of whom they said were still collecting as low as N2,000 per month. President of Nigeria Labour Congress (NLC) Comrade Ayuba Wabba, the Chairman, Senate Committee on Establishment and Public Service, Ibrahim Shekarau, and the Minister of Labour and Employment, Senator Chris Ngige, agreed and unanimously resolved to work and fight for the review of the Pension Act, and better welfare for the pensioners.

In his speech, the NLC president said many of the pensioners, most especially at the state level were still collecting N2,000 monthly. With this experience, he warned that corruption in Nigeria cannot be wished away.

Comrade Wabba said: “That is why the issue of corruption in our system cannot be wished away, people would want to help themselves because they work for many years and when it is time to retire, there would be nothing to rely on for tomorrow.

“I am calling on the state governments, including the Federal Government to prioritize the payment of the benefits of pensioners. It is their right, their earnings,” he said, adding that payment or non-payment of pension was not about resources but priority.

He hinted that most of the states that are paying are not those with the best resources, saying, “we have many states that their pension liabilities stand at trillions of Naira and the governors are not doing anything about it.”

The Minister of Labour and Employment, Senator Ngige said the Federal Government is mindful of the sacrifice and contributions of the pensioners to the Nigeria project, even as he also acknowledged that the consequential adjustment to the pension of Nigerian pensioners since 2019 had been long overdue.

Ngige said: “Distinguished senior citizens, permit me to use this opportunity to inform you that the Federal Government is mindful of your sacrifices and contributions to the Nigerian project and is committed to taking necessary steps to address issues that border on improving your welfare.

“In this regard, my ministry has decided to take the lead on the lingering issue of consequential adjustment to the pension of Nigerian pensioners which had been overdue since 2019 when the new Minimum Wage Act was signed into law by Mr. President. In this regard, therefore, we are hopeful that working with other agencies of government, there would be some light at the end of the tunnel.”

For Senator Shakarau, “it is unacceptable for people to have served for several years and be given less attention. The law must be enacted and supported by both executive and legislature at all level to ensure that the rights of pensioners must be respected.”

Pantami, Buhari and the dormant terrorist