No one is in charge of Nigeria — Soyinka 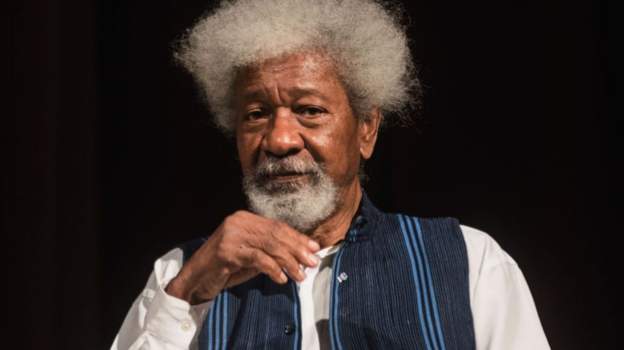 NOBEL laureate, Professor Wole Soyinka, has declared that President Muhammadu Buhari is not in charge of  the country.  Soyinka who was speaking during an interview on PlusTv Africa, Thursday said with the manner the country  was being run, he believed that there was nobody in charge of the affair of the country. He was answering a question
on a recent open letter written by former military administrator of Kaduna State,  Col. Abubakar Dangiwa Umar
to Buhari over the president’s knack for appointing mainly people from his part of the country into office.

“First of all, I was appalled by the silence that followed this revelation. I think those who are responsible for this criminal lopsidedness should be punished. It is not sufficient just to discuss it. It is criminal,” Soyinka said.

“I have said this before. I don’t believe there is really anybody in charge in Aso Rock. I’m sorry to say this. I’ve been studying the trend over the past year and a half and I believe this president is not in charge of this nation, in so many aspects and directions.

I’m convinced he’s not really and totally with it. “It’s so serious. It is not the fact alone, we know the history of this. We know what it has caused the nation and we know it isn’t over yet. And you say they are launching an enquiry. That’s not enough.

This man is not in charge.” Professor Soyinka while deploring the lopsidedness in appointments made by the Buhari  government, particularly in the oil industry said the “in your face lopsidedness bodes ill for Nigeria.”

“As the president and the minister in charge of the indicted ministry, there should even have been an address to the  nation on this,” he said.

He condemned the tendency for people not wanting to be seen making inflammatory statements declaring that “this  kind of reticence encourages and even creates a sense of impunity.”

He recalled what a Yoruba man told him years ago of a declaraction by a petroleum minister from the north that there were too many Yoruba in the NNPC.  “The man came to me with Gani Adams and explained to me why he became such a passionate Oodua People Congress man. He said when Jubril Aminu was petroleum minister, he called him and said he  wanted a list of all the top officials there and said he wanted him to single out the Yoruba, to mark them for him. He said
he asked why, and he (the minister) said there were too many of them (Yoruba) around there and he was going to take action about that.

“This youngman said to me that he felt so insulted that ‘he (the minister) knew I am a Yoruba man, yet he asked me to list the Yoruba for him to act against because there were too many of them there,’”  Soyinka stated.

He added that “what is going on at the NNPC has reached what is known as critical mass. It is just unacceptable” adding
that “when tribe is used with such arrogance as we are witnessing now, it becomes very anti-human.”