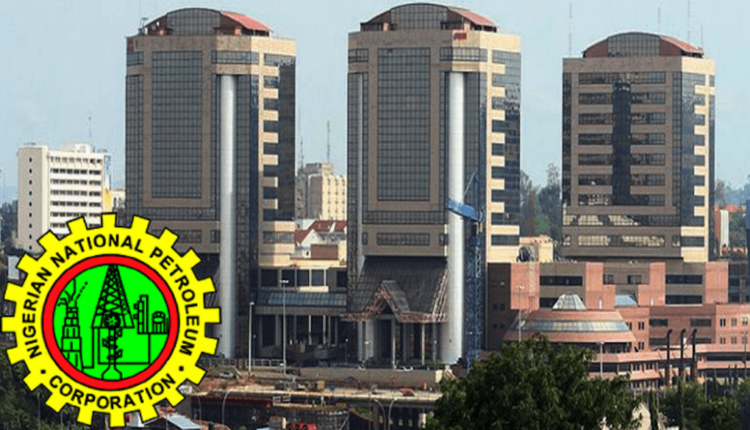 Although the nation’s four refineries did not refine any crude oil in the last one year, they recorded an operational deficit of almost N10 billion during the period, documents sourced at the Nigerian National Petroleum Corporation (NNPC) have revealed.

According to the documents, Warri Refinery recorded an operational deficit of N2.67 billion in the period under review, while Kaduna Refinery and the two Port Harcourt refineries posted deficits of N4.18billion and N2.7billion respectively to bring the total deficit to N9.546billion.

According to the NNPC documents, since April 2019, the four refineries have not refined crude oil safe for the month of May when they collectively refined 430 barrels of crude oil, which is 0.09 per cent of their installed capacity.

Consequently, NNPC has resorted to Direct-Sales-Direct-Purchase (swap deal) with some firms which are supplied crude oil by the national oil company in exchange for refined petroleum products.

The quantity of crude supplied to these companies usually falls short of the domestic requirement put at 455,000 barrels per day, which is the aggregate capacity of the four refineries. The effect of this is a shortfall in the supply of Petroleum Motor Spirit (popularly known as petrol) leaving NNPC with no option but to look up to the major oil marketers to bridge the gap.

With the weakened state of the nation’s currency, the landing cost of PMS usually exceeds the government fixed pump price and this cost the government a huge sum of money in subsidy payment until it announced the full deregulation of the downstream petroleum sub-sector at the onset of the COVID-19 pandemic, which plummeted oil prices globally. According to available documents, Nigeria paid over N10 trillion in fuel subsidy or under-recovery between 2007 and March 2020.

According to NNPC monthly reports, in January 2020, NNPC lifted 11,732,866 barrels of crude oil from the daily allocation for domestic utilisation, which translated to an average volume of 378,480 barrels of oil per day processed under the Direct-Sales-Direct Purchase (DSDP) scheme. This fell short of the domestic requirement of 455,000 barrels by 76,500 barrels per day.

In February, the national oil company lifted 9,557,710 barrels of crude oil from the daily allocation for domestic utilization translating to an average volume of 329,576 barrels of oil per day processed under the DSDP scheme. This left a gap of 125,424 barrels per day.

NNPC lifted 9,489,602 barrels of crude oil from the daily allocation for domestic utilisation in March. This translated to an average volume of 306,116 barrels of oil per day processed under the DSDP scheme. This left a gap of 125,424 barrels per day. The balance of 329,576 barrels was supplied by major marketers.

In April, NNPC lifted 11,436,619 barrels of crude oil from the daily allocation for domestic utilisation translating to an average volume of 381,221 barrels of oil per day processed under the DSDP scheme while no delivery was made to the domestic refineries for processing. This left a gap of 73,779 barrels per day.

According to the NNPC Refineries Performance Reports of 2012, the decline in the performance of the refineries commenced in the early 1990s after the military government directed the NNPC to close its accounts in commercial banks and transfer them to the CBN. With that, NNPC lost its autonomy and it could no longer embark on prompt maintenance of the refineries.

In recent times, every succeeding NNPC GMD made turning around the refineries a cardinal goal.

At his inauguration as the GMD of NNPC in July last year, Mr Mele Kyari, said, “We will deliver all our four refineries within the life of President Muhammadu Buhari’s administration. We shall seek strategic partnerships to ensure Nigeria becomes a net exporter of petroleum products.”

Up till now, not much has been accomplished in that respect.

Recently, while speaking at a virtual conference organised by Atlantic Council, an American think tank, Kyari explained why it had been difficult for the country to put her refineries in top shape.

According to him, “First, we never knew what we wanted to do with it; we didn’t get the right advisory, the right strategy to go through this. And we started a process 4 years ago to getting oil traders to come and help us fix this, that never worked. We also have the strategy to make sure that we get in the original refinery builders to help us do it. That is not their job. It’s just like you are buying a car and saying that Toyota must come and repair it for you, that doesn’t work anywhere.’’

He added that the national oil company was working on building a condensate refinery to achieve self-sufficiency in refined petroleum products, saying the condensate refinery which would have a total refining capacity of 200,000 barrels per day would complement production at Dangote Refinery when it takes off and the four NNPC refineries when they are eventually fixed and revived.

But with the deregulation of the downstream petroleum sub-sector, Nigerians have been paying more for fuel as a litre of PMS currently goes for between N148 and N150, a situation that organised labour has frowned against.

In a statement issued after the government announced a hike in the pump price of PMS, President of Nigeria Labour Congress, Ayuba Wabba, said, “It is clear even to the blind that the crisis in our downstream petroleum sub-sector is ‘self’ nay government-inflicted.”

He added: “Government simply wants to transfer the cost of its own inefficiencies to the Nigerian people. Nigerian workers say ‘No’ to such. There is no way Nigerians would accept a situation where we are charged international rates for a product which Nigeria is the sixth-largest producer in the world.

Wabba called on the government to fix Nigeria’s comatose refineries to bring down the cost of petroleum products in the country.

Who will replace Buruji Kashamu in Ijebu Igbo?