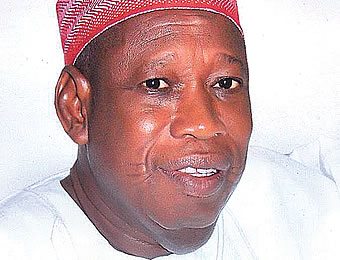 KANO State governor, Dr Abdullahi Umar Ganduje, has said the panacea for the nation’s current socio-economic woes is not geopolitical restructuring but mind restructuring of Nigerians in order to return the country to the path of progress.

The governor, who spoke on Monday during a social event organised in honour of delegates to a pre-election meeting of the National Youth Council of Nigeria, in Kano, emphasised that Nigeria should devote attention to tapping from the potential of its youths for national integration and development.

He said the United States of America is more geopolitically fragmented with more nationalities than Nigeria, noting that, yet, it remains the strongest nation in the world.

Ganduje added that the United States attained its present status because of the ability of its leaders to harness the positive thoughts and actions of its heterogeneous population, and not by restructuring the country along geo-political divides.

Lamenting the high prevalence of corruption in Nigeria, the governor maintained that youths are the best segment of the society, who should lead the crusade against the sharp practice in view of their physical and intellectual capacity as well as their leadership potential.

Ganduje also disclosed on the occasion that his administration had put a machinery in place for constructive engagement of the youth in the scheme of affairs, explaining that the appointment of youths into key positions in the government is a pointer to that direction.

On the forthcoming election of the National Youth Council of Nigeria, the governor advised the delegates to vote for credible leaders that would advance the cause of the association, assuring them of the support of his government.

Earlier, the acting National President of the Council, Comrade Ibukunoluwa Oluwole, commended the Ganduje administration for hosting their meeting, and requested a monthly subvention with an official accommodation for the state branch of the council to facilitate their activities.