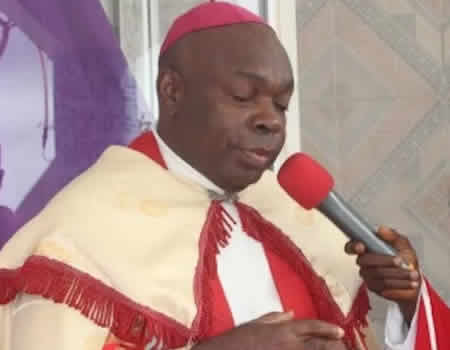 The Catholic Bishops’ Conference of Nigeria, on Sunday, faulted what it termed lopsidedness in the appointments into federal positions, noting that it lacked diversity in its entirety.

Stating this was the President of the CBCN, Most Revd (Dr) Augustine Akubeze, at the official opening of the second plenary of Catholic Bishops’ Conference of Nigeria, saying that the development had become a major concern to the system.

Akubeze, who doubles as the Archbishop of Benin City, expressed the need for government to work on national integration of every part of the country in sensitive positions of government at the federal level.

The CBCN president said Nigerians rejected minimalistic approach on the issue of appointments and therefore called for equity in the process in all government agencies.

“We have heard the government say that they have fulfilled the constitutional requirements of appointment at least a minister from each state. This is a minimalistic approach and does not fulfil the spirit of total integration of every Nigerian.

“We must not allow establish cultural hegemony or religious hegemony in a constitutionally secular state like Nigeria.  If we allow it, I can assure you that it is a recipe for disaster, ” Akubeze added.

On the issue of insecurity, the Bishop lambasted the FG over its lukewarm attitude towards resolving the challenge, saying slow or lack of prompt government responses had made the crises unabated.

He said Nigerians are tired of rhetorics that government had “technically” defeated terrorists.

Akubeze said, “Nigerians do not want to have a debate on the meaning of the word “defeated”. We are just interested in living our lives peacefully without any fear of being kidnapped for ransom or being driven from our homeland.

“We are not asking the government for too much

We just want to live and care for our families. We want to be able to move freely in the country.

“Every government that fails to protect the constitutional rights of her citizens has failed. If the  leaders of a country cannot ensure peace and security, they have no business using taxpayers money to provide security for themselves and their families while the rest of Nigerians are dying daily.”

The chairperson of the conference, Professor Catherine Eromosele, attributed the weak economic system of the country as one of the major factors responsible for acute poverty and incidence of suicide cases.

“Nigeria in distress in recognition of prevailing circumstances in the country and more importantly, as an affirmation that God rules in the affairs of nations. On the one,  the confusing request is that God ‘raise up for us God-fearing people and leaders who are for us and who WI lead us in the path of peace, prosperity and progress’  and on the other, that ‘God bless us with (His) kingdom of justice, love and peace’No doubt, there is no justice and therefore no peace in Nigeria, ” she added.

In attendance at the conference were governors of Ogun, Ekiti and Plateau states, Prince Dapo Abiodun, Kayode Fayemi and Simon Lalong respectively and the deputy governor of State of Osun  Benedict Gboyega Alabi.