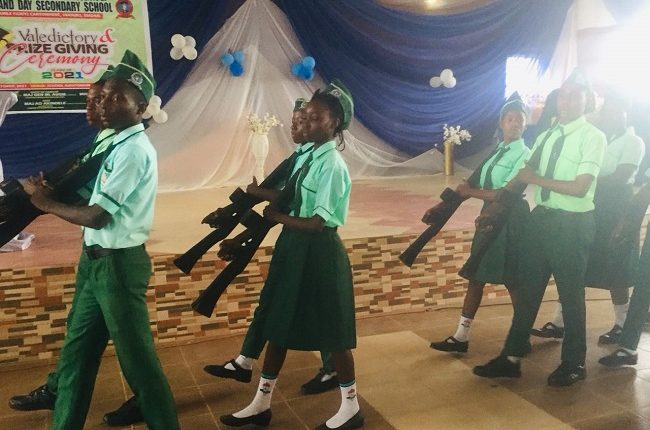 The General Officer Commanding (GOC) II Division, Nigerian Army, Maj-Gen G.U. Chibuisi has restated the commitment of the Nigerian Army in supporting the education sector in the country.

He made this declaration on Thursday, at the 2021 Valedictory Service of the Command Day Secondary School, Odogbo, Ibadan, where he was made the special guest of honour.

Chubuisi, who was represented by Brig.-Gen. Umar Abdulkadri Muaz, the Divisional training officer II Division, Nigerian Army, said “We have the education corp in the Nigerian Army which makes provision for the establishment of schools at all levels.

“We established Army Children for primary schools, Command Day and Boarding Secondary schools for secondary education and the NDA to also make provision for tertiary education in the country.” 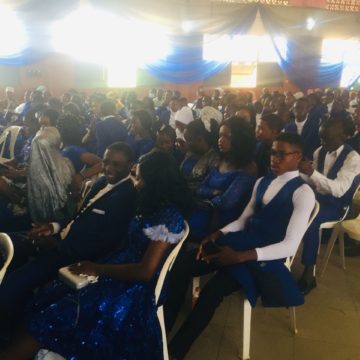 He, however, advised the graduands to give in to determination and hard work, to succeed in their life endeavours.

The highlight of the event was a book launch and the giving of awards and prizes to outstanding students amongst the graduands and other students. The students were seen displaying their dexterity in playing musical instruments and singing, doing a march past by the student cadets, and performing all sorts of cultural dances. 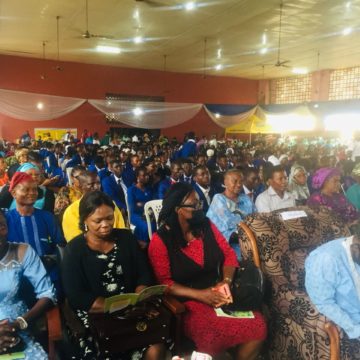 The Guest Speaker, Dr Olumiyiwa Familusi, a lecturer in the Department of Religious Studies, University of Ibadan, who delivered a speech, titled “Life after school in the plight of COVID-19 and other realities”, admonished the graduands to be courageous and also endeavour to face the reality of whatever challenges they face in life.

Familusi said “COVID-19 disrupted the structure of the world. It has proven to be a variant of life reality, as it was unexpected.

“Therefore, be ready to face the unexpected as you go out in life.”

He pointed to be unpreparedness of some higher institutions of learning in the country as students were reported to have performed woefully due to unfamiliarity with online classes as a result of knowledge deficit in ICT. 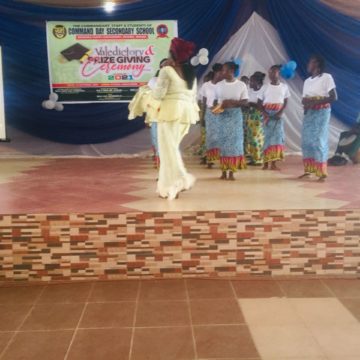 The Acting Commandant of the Command Day Secondary School, Major Adedeji Olusegun Akindele in his speech advised the graduands to go out to conquer the world. On insecurity, “It is everybody’s business. It is expected for parents to also monitor the activities of their children, just like we make efforts to bridge the gap between the home and the school, to curb all social vices.”

The President of the Alumni association, Mr Olumide Agbola, who was flanked by his vice, Mr Chuks Ajali, both congratulated the graduands and also admonished them not to neglect the discipline they have been imparted with, while in school.

“Command Day students are independent, and they go through life and cross every obstacle,” Agbola added.

Speaking to Tribune Online, one of the elated graduands who were all dressed in blue colour, Miss Obayemi Queen Esther, the Head Girl and the best student in Arts, expressed her happiness and a nostalgic feeling, stating how she has gone through the rigours of academics in the school.

While answering the question on her future ambition, Obayemi declared her interest in studying political science at the university, and become a governor in later years.

“Command Day School formed a good foundation for me to move to my next level,” Obayemi noted.

Brands like NASCO, Taste of love, Fanmilk and Honeywell were ably represented at the event as sponsors and they provided snacks for the students and also gave prizes.

The event also had in attendance Brig-Gen. M.O. Fakokunde; Mr Farouk Adedigba, the chairman, Akinyele local government; Mr Kunle Yusuf, the Special Assistant to Oyo State Governor on SDGs; Comrade John Adejumo, who was the father of the day; Alhaja Lagbaja, who was the mother of the day, and some top officials in the Nigerian Army.

In spite of the huge investment in the water sector by the government and international organisations, water scarcity has grown to become a perennial nightmare for residents of Abeokuta, the Ogun State capital. This report x-rays the lives and experiences of residents in getting clean, potable and affordable water amidst the surge of COVID-19 cases in the state…Nigerian Army will continue  Nigerian Army will continue