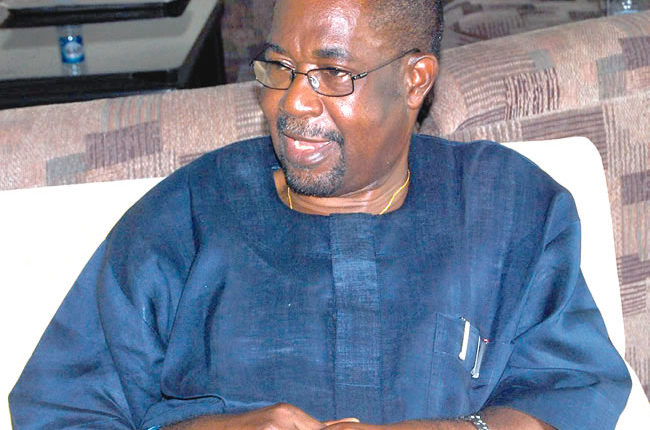 THE buzzword in the nation’s political space, today, is ‘restructuring’, which many Nigerian leaders are advocating as a way out of the myriad of challenges facing this country.  To what extent do you share this sentiment?

Honestly, we must accept that the word, restructuring, as a policy or programme, has been widely abused and misused. Restructuring has been used as a fake manifesto pillar to deceive and win votes. It has been used by people who want to be freed from real or perceived oppression. It has been used as the magic wand that will fix infrastructure deficits, create youth employment, provide uninterrupted electricity, potable water and others. But, whatever the case, I believe restructuring should be about reorganising differently, with a view to strengthening the country for the benefit of all.

And in the context of Nigeria, restructuring remains the major re-engineering or reorganisation that will inspect the way we are and provide equitable basis for the ethnic nations to live, work and operate together as one nation in the best interest of each group. It should come complete with a consensus constitution, development plan and vision for the future of the country.

Some have attributed most of the challenges plaguing the country to lack of quality leadership, especially in the nation’s public space. How do we tune up the system in a way that the best of us will be the ones to lead the rest of us?

Leadership is generally taken as a process radiating from social influence, and not power or constituted authority. It is expected to maximise the efforts of others or to motivate people to act towards the achievement of a common goal. Nothing describes the overarching role of leadership more than the saying that “an army of sheep led by a lion is better than an army of lions led by a sheep.”

There is no doubt our country has been afflicted with deficiency of good leadership from 1914, especially since independence. We have had leaders who could not lead by examples; leaders without ability and commitment and leaders that do not know how to motivate people to achieve. This is not to cast aspersions on our past and current leaders, all of whom had put up with their utmost best. But, it is just to say that their best has not been good enough.

In terms of tuning up the system, I must crave the indulgence of the readership to insist on limiting itself to the way of the social democrats, the SDP way, if you like. This is about setting up a fresh environment with social justice as enabling principle and a goal for justice, equity and fairness in all ramifications. Next is to recognise the party to open its gates to well-meaning politicians and, especially, encouraging massive empowerment of youths and women emancipation. All these will be backed by a blueprint of structuring and restructuring for optimised resources for all groups irrespective of religion, class, ethnicity or affiliations. It is about new politics rooting for restructuring and a new development constitution, and recognising the fact that that restructuring would have to start from setting up an agenda and timelines.

In your New Year message, recently, you harped on the need for Nigerians to embrace a “new struggle”. What did you mean by this, and what form is this “new struggle” expected to take?

The “new struggle” is about recognising that we have been battered by serious challenges for several years. That it is time to embrace another type of struggle to terminate prevalent struggles. This new struggle will be primarily to enshrine social justice through a new drive to restructure Nigeria and enthrone an appropriate constitution.

The new struggle will be about how we select or elect only credible, competent and compassionate people into positions of leadership. The new struggle will have to revamp nationwide efforts to attack gross unemployment of youths, assure youths empowerment and their placement in positions of leadership across the country. It is a struggle to produce a new generation of politicians motivated by the development of a new restructured Nigeria, leveraging on empowered youths for the benefit of all Nigerians irrespective of class, religion, tribe, or location. It is a new struggle for new politics.

The formation of regional security outfits, such as the Amotekun in the South-West, has continued to throw up ripples in the nation’s political space, with some arguing that such outfits could be used by governors in the regions to terrorise their political opponents.  As a critical player in the nation’s political space, and a former gubernatorial candidate of the Social Democratic Party (SDP) in Ondo State, what’s your take on Amotekun? Besides, would you have tackled the issue of insecurity differently were you to be in power?

Amotekun is a concept. It is beyond joint response of governors to the insecurity in the South-West. It is expected to be an integral part of a regional development programme and it still needs further refinement and strengthening.

As a thoroughbred Yoruba, patriotic Nigerian, former head of a paramilitary organisation for seven years, a former Minister of Defence and an ordinary resident of Oyo State, I can say that Amotekun is not only important but also extremely critical at this time.

The west must realise that beyond Amotekun as a security outfit, there are still more steps like well-rooted policies on agriculture, water and energy; industrial and technology matters; education, research and scholarship; economic strategies and empowerment; security and safety, all to be wrapped up into one robust technology-driven ‘Integrated West Development Programme’.

The South-West may consider incorporating a special arm of volunteers into Amotekun. This will be recruited from amongst retired police, military and paramilitary personnel in the region who could be co-opted in different areas like research, training, operations, and funding.

How would you assess the performance of the government at the centre since its assumption of office in 2015? Do you think Nigerians are better off now than they were five years ago when this government was birthed?

Assessing the Federal Government since 2015 is like asking for its score card. Asking whether the Nigerian people are better off over this period also tends to polish or scratch the score card.  From my experience, direct answers to these issues tend to aggravate or excite without consequences for improvements. So, let us leave scorecard for government to assess itself and face ‘ground card’. This way, we can focus on what is on the ground.

The SDP was seen by many Nigerians as a party with so much promise; a party that would give the two big mega parties, PDP and APC, a run for their money, going by its antecedents in the nation’s political space, when it first came. But years after, many believe the party has not really lived up to such billing. What could be the limiting factors, and how ready is the party to throw its hat in the ring, come 2023?

The kernel of the current political situation in Nigeria is that people need an alternative to the Siamese parties that have ruled for almost 21 years and brought Nigeria almost to its knees. In truth, the Social Democratic Party is poised to be the credible alternative. It has widespread presence in all 774 LGs. Its white horse logo is particularly easy to recognise and it depicts purity and strength in all cultures. Past and current leaders of the party have been people of impeccable character, competence and experience with absolute commitment to Nigeria.

The apparent “copycat model” in the party’s organisational and operational structures of the other major parties has stalled its growth and expansion to play its national role as the alternative for progress and development in Nigeria. However, under current leadership, the party is set take up this leadership role. The party is determined to show that it is different from the two major political parties, and it sees its Manifesto for social justice as its core principle. It has opened its gates and minds for well-meaning politicians, youths and women to join the party on equitable and level playing field.

The SDP is ready and prepared to groom new politicians and promote new politics.

How to achieve immortality: The Agbato example