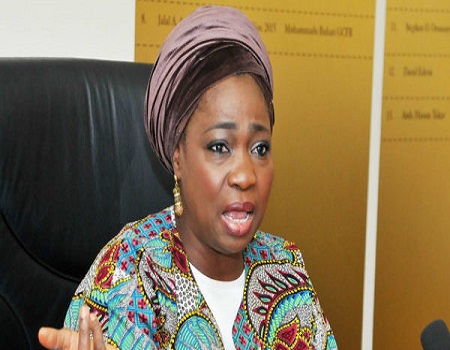 It was a dream come true when on May 19, 2019, the hitherto office of Senior Special Assistant to the President on Diaspora Affairs and the occupier, Hon. Abike Dabiri-Erewa  transmuted to Nigerians in Diaspora Commission (NIDCOM) following the Senate approval and confirmation of  Hon. Dabiri-Erewa as the Chairman of the new commission because this was a vision that started since 2007 when  Dabiri became the first chairperson of the newly created Committee on Diaspora Affairs by the then leadership of the House of Representatives. It was meant for members of the opposition without any structure to fall back on but with her dedication and dynamism, Diaspora committee, which has been replicated in the Senate too, is to be reckoned with.

So, for eight years out of the 12 years she spent in the parliament, Hon. Dabiri alongside her colleagues and some stakeholders tried to get the bill on Nigerians in the Diaspora Commission through but when passed was never assented to until 2017 when President Muhammadu Buhari signed the bill into law following the eventual passage by the eighth assembly and intense lobbying by Hon. Dabiri-Erewa as the Senior Special Assistant to the President on Diaspora Affairs.

But to actualise what was assented to President Muhammadu Buhari in his wisdom, forwarded the name of the pioneer and visioner of the Act, to the Senate for approval as the Chairman/CEO of the new Commission in 2018 which was eventually materialized in May 2019 with the approval of Hon. Abike Dabiri-Erewa by the Senate of the Federal Republic of Nigeria as the Chairman/CEO of the newly created Commission.

Permit me to reflect on the need for the establishment of the Commission. Over the past 20 years, with the massive exodus of Nigerian professionals out of Nigeria, labelled the ‘brain drain’ various initiatives were suggested to stem the tide including persuasion through the media, stringent visa requirements and others. This did not deter nor abate the trend due to the globalised nature of the world and the economic push-pull factors.

It was therefore proposed that initiatives and strategies be put in place for a meaningful interaction with the Diaspora to reverse the trend by turning it to brain gain which can only be achieved through a focal institution that will engage with the Diaspora on a continuous basis.

The call therefore for the setting up of a Diaspora Commission in Nigeria became imperative with the large numbers of professionals emigrating and this led to the processes leading to and the passage of the Nigerians in Diaspora Commission bill in 2017.

The Commission in spite of the challenges of office accommodation, lack of budget and paucity of funds, hit the ground running to meet up with the challenges ahead within the confines of the three-point agenda of the Buhari government in terms of National Security, fighting Corruption and Economic Growth and Diversification.

It must be mentioned here that the Nigerian Diaspora is part and parcel of the population to bring about accelerated economic growth using their resources, intellect and global exposure. They are the real catalyst and asset for economic development of the country.

Since the establishment of Nigerians in Diaspora Commission, a lot of activities have been embarked upon to fulfill the mandates of the Commission. Within a year, the commission has lived up to expectations as it has performed as if it was in existence in the last 10 years.

Such activities include advocacy to states to key into the larger Diaspora movement with the inauguration of Diaspora focal point in the Governors offices in all the states of the Federation.

NIDCOM also ensured the consolidation of the declaration of July 25 every year, by the Federal Government of Nigeria as `National Diaspora Day’, a date set aside to recognise and appraise Nigerians in the Diaspora on their contributions to national development. This is to ensure networking, dialogue and constructive interface between Nigerian professionals and experts in the Diaspora and Nigerians at home on development challenges and opportunities.

The second National Diaspora Day under the Commission with the theme “Leveraging Diaspora Resources for National Development in a Covid-19 Era’’, took place on July 25, 2020. It was unique and extra-ordinary as it took place via a webinar conference with over 3,000 participants across the globe including President Muhammadu Buhari, who declared it open.

A major breakthrough for the Commission was the validation of the drafted holistic Diaspora policy in collaboration with other stakeholders which is currently awaiting the approval of Federal Executive Council. This will solve a lot of challenges affecting Diaspora activities in the country.

Of course, with Nigerians in Diaspora contributing so much to the Nigerian Economy, estimated at over 25 billion US dollars in 2019, it is widely believe that they deserve to vote. So, the Commission already working with the National Assembly and other stakeholders to hopefully makes this a reality in Nigeria through amendment to the country’s Electoral Act.

The Commission through its Chairman/CEO or her representatives had participated in many activities within and outside the country geared towards advancing the course of Nigerians in the Diaspora.

Undoubtedly, it is a statement of fact that within 12 months of the Commission existence, it has really lived up to expectations and even surpassed it, though not yet uhuru, as Nigerians in the Diaspora is assured that their interest and welfare will continue to be adequately taken care of.

In addition to the sustainability of the above achievements, the Commission intends in the years ahead to work with stakeholders to do Diaspora Mapping geared towards having a data of Nigerians living abroad for effective planning.

More importantly, the commission intends to re- launch Diaspora Bonds in collaboration with Debt Management Office just as the $300 million Diaspora bonds was successfully launched in 2017. In the years ahead, the Commission intends to have a regular Diaspora Champions and awards to deserving Nigerians in the Diaspora as a way of encouraging them to be good ambassadors of the country.

Equally, the Commission will work with National Assembly relevant committees to ensure Diaspora Voting for Nigerians living abroad through amendments to some electoral laws. Despite two major challenges facing the Commission, which is lack of office accommodation and paucity of funds, the Chairman/CEO, Hon. Abike Dabiri-Erewa has vowed not to be cowed by the challenges but to forge ahead and ensure that Nigerians in the Diaspora are not shortchanged in the scheme of things.

Above all, with the establishment of the Nigerians in Diaspora Commission, which has been a veritable link in many areas of human endeavours to ease the task of Nigerians in Diaspora in engaging with the Nigerian economy, it is expected that all Nigerians in the Diaspora will reciprocate the gesture by continuing to be good Ambassadors and project the good name of the country wherever they may find themselves. The commission shall continue to celebrate her heroes and heroines in the Diaspora.