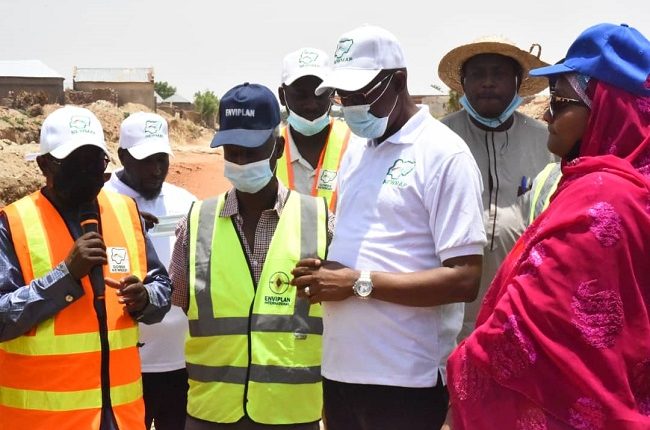 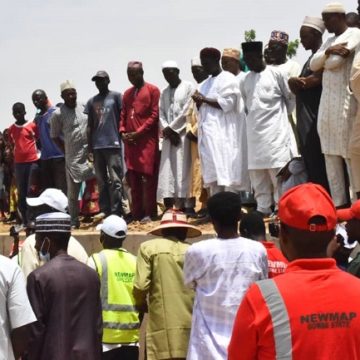 The Nigeria Erosion and Watershed Management Project, (NEWMAP) has expressed satisfaction with the programme implementation in Gombe State.

The expression was made by the NEWMAP National Project Coordinator, Dr Salisu Dahiru who commended the State Governor, Muhammadu Inuwa Yahaya, for providing the right leadership in terms of counterpart funds and other support to the Gombe State NEWMAP leading to the implementation of the Gombe State University, Malam Inna gully control work and afforestation activities across the state.

Salisu Dahiru who was fielding questions from journalists after inspecting the ongoing Gombe State University, Malam Inna gully erosion control project, expressed satisfaction with the quality of work being carried out.

He noted that Gombe State NEWMAP has performed well in terms of activity implementation, adding that the quality of the ongoing Gombe State University, Malam Inna work was highly satisfactory despite the speed of work which was initially meant to be completed in 18 months but now would be completed in seven months.

While commending also the stakeholders involved in the work execution, especially the community leaders for their cooperation which has proved instrumental to the success of the work, the NPC promised to continue providing the necessary technical support to facilitate the implementation of the remaining approved activities for the state before the closure of the project.

On post-NEWMAP sustainability plans, he said the World Bank is already fashioning out a project called Agro-Climatic Resilience in Semi-Arid Landscapes – ACReSAL, which will be anchored on the NEWMAP structure for continuity, adding that Gombe State has all that is required to be enlisted into the new project.

In her remarks, the Commissioner of Environment and Forest Resources, Dr Hussaina Danjuma Goje commended the NEWMAP NPC for guidance and technical support to the Gombe State NEWMAP which have helped in realizing the project’s objectives.

He said the NEWMAP will collaborate with the contractor to explore the possibility of constructing a dam that would collect runoff from the storm drains downstream for agricultural and other activities.

Also speaking, the Special Adviser to the governor on Budget, Planning and Development Partner Coordination, Dr Ishiyaku Mohammed said, policy frameworks that would protect the environment have been provided in the 10-Year Development Plan of the state, assuring that the Gombe will continue to engage the World Bank and other international donor agencies to provide the right solutions for environmental sustainability.

The village heads of Malam Inna and that of Kagarawal, Haruna Mohammed Bose and Usman Bello respectively, said the Gombe State University, Malam Inna project has been the most important project ever implemented in their communities as it has provided protection for over 100,000 people across the gully corridors.

The two traditional leaders affirmed that many people from their communities have directly benefitted from the project through jobs that have improved their lives.

The NEWMAP National Programme Coordinator, who was in the state on invitation of Governor Muhammadu Inuwa Yahaya had earlier held discussions with the Governor in his office on tackling environmental challenges in the state.

During the meeting, governor Yahaya assured the NPC that Gombe State is fully committed to meeting the requirements for full participation in the ACReSal project which is the successor programme to NEWMAP.

He said Gombe State is ready to commit to any arrangement that will ensure the project takes off in view of the massive impact it will have on the lives and means of livelihood of the people.

In spite of the huge investment in the water sector by the government and international organisations, water scarcity has grown to become a perennial nightmare for residents of Abeokuta, the Ogun State capital. This report x-rays the lives and experiences of residents in getting clean, potable and affordable water amidst the surge of COVID-19 cases in the state…NEWMAP national project coordinator expresses satisfaction with programme implementation in Gombe