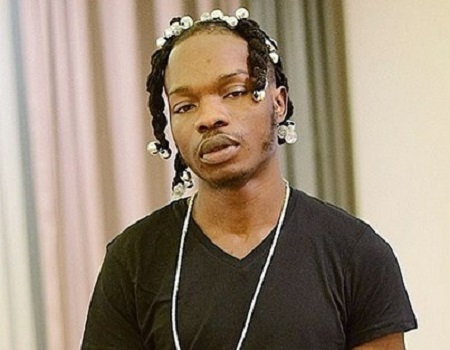 RECENTLY, the controversial Afrobeats and hip hop singer, Azeez Adesina Fashola, popularly known as Naira Marley, had himself another ball at the country’s expense. He staged a performance at a concert in Abuja despite the interstate travel ban and social distancing rules in place at the time, aimed at curbing the spread of Covid-19, drawing enthusiastic crowds. At the event, a former Big Brother Nigeria (BBN) housemate, Kim Oprah, reportedly served as anchor. The sold-out concert was held at the Jabi Lake Mall, Abuja. Tickets sold for between N20,000 and N250,000. Never missing the opportunity to hug the limelight, Naira Marley, 26, shared videos of himself inside a private en route Abuja and upon arriving at the Federal Capital Territory (FCT).

A flier advertising the event, shared on Instagram by the organisers, indicated that it was meant to be a drive-through concert. In reality, however, the singer performed before a huge crowd. Social distancing was nil, and the attendees did not bother to wear face masks, as stipulated by the Nigeria Centre for Disease Control (NCDC). Naturally, though, the government did not find the development funny: the Ministry of Aviation promptly suspended an air services company, ExecuJet Airline, indefinitely for false information and for flying Naira Marley to Abuja for the concert on June 13. The flight, it noted, was initially approved to convey a serving Justice from Lagos to Abuja. Minister of Aviation, Hadi Sirika, could not stomach the fact that the airline capitalised on the approval granted for a legal flight operation to convey Naira Marley to Abuja for an illegal event. Authorities at the FCT promptly sealed Jabi Lake Mall for hosting the concert, although the mall has now been reopened by a court because it also hosts other law-abiding business concerns which had been negatively affected by the closure.

In staging the Abuja concert, Naira Marley was only acting true to type. President of the Marlian movement, a fanbase defined by social deviance and marked out by such oddities as wearing trousers without belts, smoking marijuana at will and scoffing at authority and, even controversially, education, Naira Marley understands, and actively exploits, the weaknesses of the Nigerian state. He attended Peckham, South London, England, and Walworth School, where he obtained his General Certificate of Secondary Education, and graduated with a distinction in business from Peckham Academy, apart from studying business law at Crossways College (now Christ the King Sixth Form College), yet Marlians scoff at education. Looked down upon by many, but actively supported in equal measure even by highly placed members of Nigeria’s political class, the singer propagates the thesis that everyone is a fraudster, but operating on different angles. Pictures showing him having hearty moments with notable fraudster, Raymond Abbas, a so-called ‘Instagram influencer” with a 2.4 million fanbase who is currently in police net for  a 350 million pounds cyberscam, suffuse the internet.

Nor is the singer a stranger to brushes with the law. On May 10 2019, he was picked up by the Economic and Financial Crimes Commission (EFCC), together with his friends Tiamiu Kayode, Adewunmi Moses and Abubakar Musa. The previous day, he had released the video for the controversial single Am I A Yahoo Boy? In May 2019, he was arraigned before the Federal High Court and pleaded not guilty. In October 2019, he returned to the Federal High Court to face his charges. His case was later adjourned to February 27 this year. Naira Marley was also detained by the Nigerian Police Force for contravening the lockdown order imposed on Lagos State by President Muhammadu Buhari to contain the spread of coronavirus in the country.

The foregoing inevitably brings us to this conclusion: it is high time the Nigerian state treated Naira Marley in accordance with its laws. While the singer has a right to propagate the kind of music that suits his fancy, he has no right to perpetrate acts that contemn the laws of the land. It was  however no fault of his that he was permitted to do so. Naira Marley getting into the Lagos airport was not his fault: that was a Federal Airport Authority of Nigeria (FAAN) problem. How did he get there? Who gave him a pass for his flight and for what reason? The FAAN authorities have some explaining to do, and unless and until they are punished for the offence of accrediting an unapproved flight, the government cannot realistically claim to be interested in justice in this case.

But FAAN’s culpability ended the movement he left the premises of the Nnamdi Azikiwe International Airport, Abuja. Enter the FCT administration. Pray, who approved what the government called the “illegal concert” in Abuja, and why? How and why did the large number of people who thronged the concert get the latitude to violate the law with such impunity? If the concert was not approved, as claimed by the FCT administration, but was held anyway, then that inevitably leads to the conclusion that the administration, like Naira Marley himself, is not taking the health and safety of its citizens and Nigerians at large seriously.

To be sure, you cannot run a society without special privileges for government officials. This is why we find nothing wrong with the Aviation Ministry’s approval of a flight for a serving judge to discharge his constitutional responsibilities, and neither do we fault its suspension of the offending airline which claimed, rather ludicrously, that it thought its passenger was Babatunde Fashola, Minister of Works and Housing, not Azeez Fashola and his “bunch of useless people.” But on what grounds were the courtesies extended to Naira Marley based? The FCT minister must take the matter up. Lawlessness should not be tolerated even if, as the musician has boasted, many highly placed Nigerians are themselves Marlians.