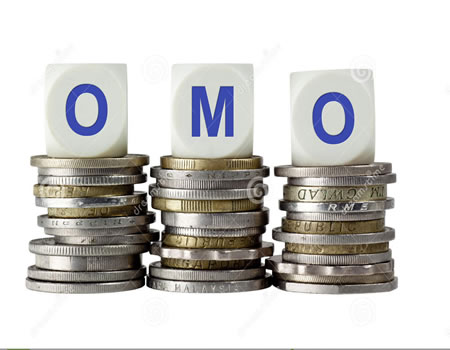 There expectations that in the coming week, inflows from maturing Open Market Operation (OMO) instruments worth N211.3 billion will shape the movement of rates.

However, dealers from Afrinvest (West) Africa said they expect the Central Bank of Nigeria (CBN)  to keep rates and system liquidity in check through regular auctions.

Meanwhile, Nigerian money market interest rates are on the rise. This marks the end of the long (over a year) decline trend. But what next? Industry analysts at Coronation Merchant Bank, offer some insights, thus: ‘‘In our view the key determinants are how the 2021 budget deficit will be financed and how normal (given that the present interest rate/inflation mix is not normal) the Central Bank of Nigeria (CBN) wants interest rates to be.

‘‘Two weeks ago, we asked whether the CBN wanted to put a floor under market interest rates. Now we have an answer, namely that the effect of the CBN’s Special Bills issue (bills granted to banks in respect of their excess cash reserve ratio held by the CBN), with a yield of 0.5 per cent, has been to support interest rates.’’

The Coronation Bank analysts stated: ‘‘2021 will be another year of significant deficit financing for the Federal Government of Nigeria (FGN), with the result that, according to the draft budget, N5.2 trillion ($13.3 billion) needs to be raised. ‘‘From the point of view of the government’s Debt Management Office (DMO), it is preferable to raise this at low interest rates. But, before the question of what rate is going to be achieved, it is probably advisable to ask where the money is going to come from.’’

In 2020, the CBN achieved effects of quantitative easing (QE) without announcing a bond-buying program. It did this (starting in October 2019) by preventing Nigerian institutions from buying new issues of its open market operation (OMO) bills, effectively reducing the size of the OMO market over time (e.g., from N9.8 trillion in January to N5.5 trillion in mid-December) and causing these funds to be diverted into the Treasury Bill and FGN Bond markets. At the same time the Cash Reserve Ratio, CRR, took liquidity from the banking sector into the public sector. Reflecting on this development, the analysts at Coronation Bank said, ‘‘This can only be done once, in our view. The OMO market cannot be run down indefinitely (part of it is foreign-owned, in any case) and the CRR cannot be raised indefinitely (the CBN has acknowledged that it causes banks liquidity problems).