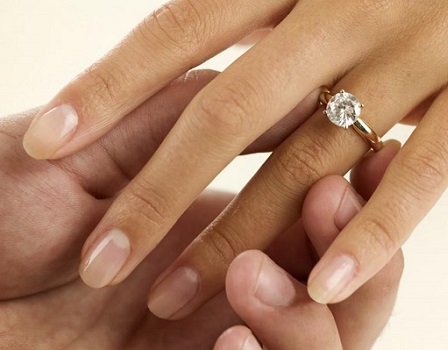 An Italian lawmaker who grabbed headlines last week by proposing to his girlfriend during a parliamentary debate was slammed on Tuesday for making a “fake” marriage proposal.

Flavio Di Muro, a 33-year-old member of Matteo Salvini’s far-right League, spoke during a session in the Chamber of Deputies on aid for earthquake victims.

“I am sorry to interrupt this session, but please respect what I am going to say,” he told colleagues on November 28, holding a jewellery box.

“With respect, Mr Speaker, I am not addressing you but the gallery to say, ‘Elisa, will you marry me?’” Di Muro said, as his colleagues cheered and patted him on the back.

But according to the Corriere della Sera newspaper, the couple had long agreed to marry before that stunt, and are due to tie the knot on Thursday in Ventimiglia, near the French border.

“The marriage proposal in the Chamber? It was fake: the wedding had already been scheduled a while back,” Corriere della Sera wrote, adding that the date was booked in September.

“Only a buffon could have behaved like that,” Corriere della Sera journalist Marco Castelnuovo commented on Twitter, accusing Di Muro of acting “in contempt” of parliament.

Di Muro was reprimanded by the speaker of the Chamber of Deputies, Roberto Fico, last week.

“I can understand everything, but I think that using a speech for this is absolutely inappropriate,” Fico said.