Mali negotiators back charter that could see soldier as interim president 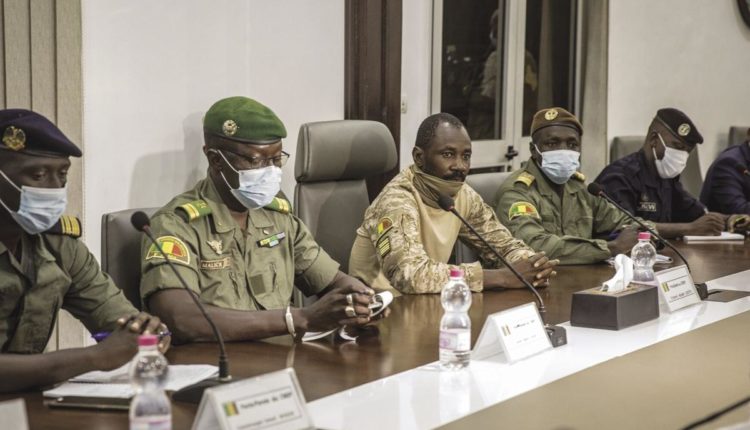 Mali’s ruling junta pushed through a political charter on Saturday that could lead to the appointment of a military officer as interim president over objections from the coalition that led anti-government protests before last month’s coup, Reuters reports.

The charter ratified by participants in the talks says the interim president can be a civilian or a soldier and will preside over a transitional period of 18 months before elections are held, said Moussa Camara, the spokesman for the talks.

The interim president will be selected by electors chosen by the junta, Camara said in remarks at the end of three days of negotiations.

The M5-RFP coalition that led protests against President Ibrahim Boubcar Keita before the Aug. 18 coup has forcefully opposed the idea that a military officer could lead the transition.

So have Mali’s West African neighbours, who have also insisted on a transition of no more than one year.

TOUGH POLICIES: IMF, World Bank Take Over Nigeria’s Economy •More Pains Ahead For Nigerians
ALTHOUGH this seems a difficult period for Nigerians, Sunday Tribune investigations have, however, revealed that it  could actually be a signal to the beginning of more unbearable pains in the form of economic policies as the Federal  Government continues to implement the stringent conditions of its international creditors…Mali negotiators back charter Mali negotiators back charter

High Cost Of Fuel, Electricity Will Ruin Our Lives — Market Leaders, Business Owners Lament
CONDEMNATION of the hike in petroleum products and electricity went notches higher at the weekend as more  Nigerians flayed the decision of the Federal Government to take such a decision not minding the fatal blow dealt the economy by the coronavirus pandemic…Mali negotiators back charter

Ondo: PDP cautions INEC on use of Zpad to accredit voters