Makinde, Adeboye harp on importance of working for God 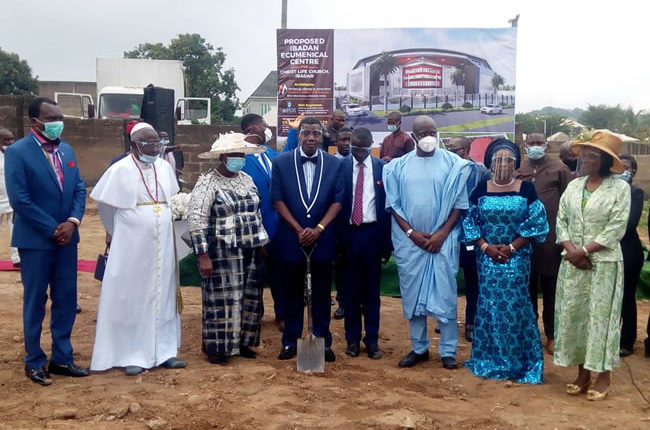 The Oyo State governor, Seyi Makinde and the General Overseer of the Redeemed Christian Church of God, Pastor Enoch Adeboye, has enlightened Christians on the importance of working for God, describing it as the best act to receive exceeding reward from God.

The governor and the cleric respectively made this known at the dedication and sod-turning of the site of the proposed Tabernacle of David Church cathedral of the Christ Life Church and Sword of the Spirit Ministries International, along Parliament road, Bodija, Ibadan, Oyo State, last Sunday.

Seyi Makinde, during his speech pledged to give the church utmost support in actualising the project, stressing that it is highly rewarding working for God and that he would give necessary support for the construction cathedral staled to be completed in two year’s time.

“Though I have promised not to build anything during my campaign promises, but as it is prophesied that the project will be completed in two year’s time by Daddy GO, I want to say that this is a call on me and that two year’s time I will be winding off this administration.

“My prayer is that, by that same time God should show me my next political step. So, I want to declare that we will do everything that is right to support the completion of this project,” he said.

Earlier in his speech, Adeboye, donated the sum of N10 million naira for the support of the construction of the church, adding that he and his wife, Folu are delighted to be part of the project as well as harps on the importance and rewards in working for God.

“I have never regretted working for God since my many years in the ministry. I remember how God worked on my behalf during the approval of my PhD thesis. I was doing His work somewhere and my external supervisor instructed my project supervisor that I don’t need to come over in-person to defend it. This is how God works when you are doing His work wholeheartedly,” he said.

In his remarks, the visioner of the ministry, Bishop Wale Oke, expressed his delight on the gestures of the Pastor Adeboye and Governor Makinde, just as he noted that the project would be completed to the glory of God.