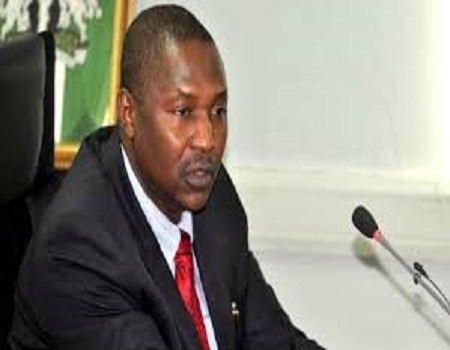 The Attorney-General of the Federation (AGF) and Minister of Justice, Abubakar Malami (SAN) has said that his non-appearance before the Justice Ayo Salami led panel probing allegations against the suspended Chairman of the Economic and Financial Crimes Commission (EFCC), Ibrahim Magu, was purely constitutional and not based on any ulterior motive.

Malami, who had earlier expressed his readiness to appear before the panel to testify in his allegations against the suspended EFCC boss, made a u-turn in a statement made available to newsmen yesterday by his Special Assistant on Media and Public Relations Dr Umar Gwandu.

Malami said his appearance or otherwise to serve as a witness in any investigation should be a constitutional matter.

He said: “In establishing propriety or otherwise of the presence of the Attorney-General of the Federation and Minister of Justice whose responsibility is to hold constitutional order, one must root same within the constitutional provisions.

“The terms and wordings of the invitation extended to the Attorney-General of the Federation and Minister of Justice to appear before Justice Ayo Panel of inquiry against Magu run contrary to the Constitutional provisions,” the statement added.

According to the Chief Law Officer of the Federation, the Office of the Attorney-General of the Federation and Minister of Justice is by the provision of the Constitution and extant laws empowered to serve a supervisory role.

Malami had, on September 9, during an interview on Arise TV while reacting to a letter by Magu. calling on Salami to summon him, indicated his readiness to testify before the Justice Ayo Salami-led Presidential panel if summoned.

Magu had through his lawyer, Wahab Shittu wrote a letter to the Salami-led panel, calling on it to summon the AGF.

But while countering the duo during the interview, the AGF explained that he had nothing to hide, saying he would not hesitate to give the Salami-led panel the full cooperation needed to succeed in the task.

“Abubakar Malami has along the line, within the chain of the arbitral process, submitted to uncountable invitations, responded to uncountable requests for clarification of issues and indeed executed uncountable witness statements for the purpose of putting the record straight and the case of Salami will certainly not be an exception,” he added.