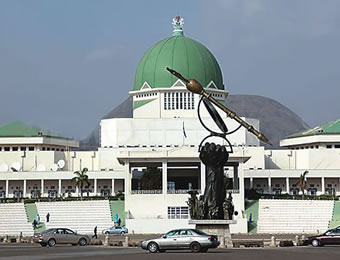 The Senate, on October 9, adjourned till November 20 after it failed to form a quorum. Just 20 out of the 109 members of the Upper Chamber turned up for the day’s sitting, necessitating the adjournment shortly after the opening prayers. Section 54 (1) of Chapter 5 of the 1999 Constitution stipulates that a quorum, which is the minimum number of persons who must be present to conduct business either on the floor of the chamber or in a committee, shall be one-third of all senators. Consequently, all items on the order paper for the sitting of last Tuesday were stood down.

The lawmakers’ action elicited curiosity in many quarters, especially given the fact that the Senate only recently resumed from a recess that spanned more than two months. Again, there were pending crucial matters bordering on the fast-approaching general election and issues requiring urgent attention and intervention of the Upper Chamber. It was the second time the Senate had adjourned plenary based on members’ oversight functions since it resumed from its annual recess that commenced on July 24, the first being on October 24 when 14 senators of the ruling All Progressives Congress (APC) defected to the main opposition party, the Peoples Democratic Party (PDP). The Senate had to suspend sitting for two weeks to “allow the vario

us standing committees to embark on oversight of Ministries, Departments and Agencies (MDAs).”

The annual recess had to be extended in the wake of the conduct of primaries by political parties to pick their candidates for next year’s general election, with a preponderance of the serving senators either seeking reelection or hoping to emerge as candidates for other positions. Therefore, it was assumed that the lawmakers would seize the opportunity of the resumption of plenary to quickly settle down for business and fast-track the resolution of matters of critical national importance. However, the Senate justified the latest adjournment on the ground that its various committees were engaged in oversight functions.

The National Assembly as an institution occupies a strategic position in a participatory democracy. And one of  those avenues through which it functions is oversight, which is meant to guarantee transparency, accountability and overall good governance. Such legislative intervention provides a window of opportunity to scrutinise issues of national importance and interface with agents of the executive arm of government in the mutual effort to deliver democratic gains as encapsulated and envisioned through appropriations.

While the Senate must avail itself of such powers and responsibilities, it should also be conscious of the pulse of the public. The Standing Rules of the Red Chamber are unambiguous on the minimum standard for attendance by lawmakers. The 1999 Constitution stipulates 181 days as the minimum number of days. That rule must be golden. The Senate President, Dr Bukola Saraki, should uphold his promise that the politics of the 2019 elections, especially campaigns that began on November 28, will not be allowed to undermine and override the cardinal assignments of the National Assembly. That is not too much for Nigerians to expect.

The ordeal of citizen Chioma in Ebonyi State