Real EstateProperty and Environment
By Dayo Ayeyemi | Lagos On Jun 1, 2021 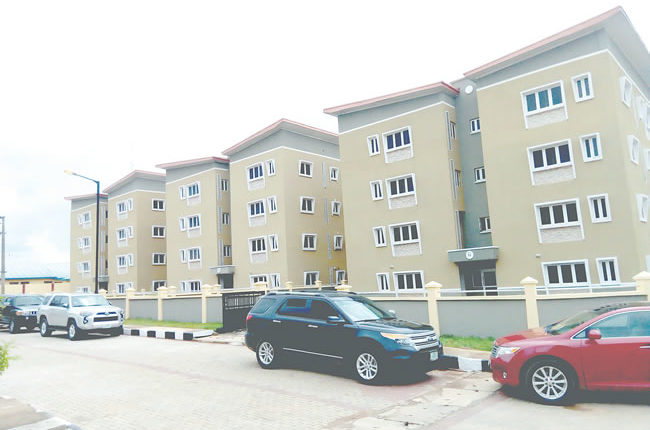 The Lagos State Technical Committee on Real Estate Regulation has been urged to design a policy and fiscal framework to institute and promote global best practices, curtail malpractices in the housing sector while improving financial transparency and fiscal responsibility.

According to a Special Adviser to the Lagos State Governor, Mrs Toke Benson-Awoyinka, who also oversees the Lagos State Real Estate Regulatory Authority (LASRERA), the committee would need to create and develop robust housing policy with stakeholders› involvement and engagement in the state.

Speaking during the formal inauguration of the 16-man committee in Ikoyi, Lagos, the special adviser to the governor said the committee had been saddled with the mandate to address the challenges in the sector with particular attention to reforming the Home Ownership Model to increase housing stock and reduce deficit in the state.

To achieve this, Benson-Awoyinka said the committee would be required to tackle the set up of a comprehensive system and framework on some issues.

“To resolve financing, the committee will prioritise the development of a fiscal responsibility and transparency model to promote the inflow of local and international funding required confronting the housing deficit.”

She added that the committee must prioritise the creation of a trusteeship for the management of real estate remittances for off-takers and a system to stagger payments to developers where off-plan payments are applicable.

According to her, the trusteeship would also have the obligation over the administration of diaspora remittances for off-plan payments/sales with the ultimate plan to boost investor confidence, attract, and improve upon Foreign Direct Investment in the sector.

These funds, she pointed out would be domiciled in a Centrally Managed Fund.

The special advised said “The committee will set up a governance structure which will oversee the entire real estate framework and stakeholder engagement in the state to minimise trust deficiency. The structure will cater to the entire system of the real estate process and will incorporate participation from Private Developers, Financial Institutions and of course the State Government in a Public-Private Partnership (PPP) model.

“To further boost confidence and safeguard investment, the committee will be responsible for the centralisation of insurance management for all real estate assets which will dovetail into the existing Lagos State Risk Management framework.”

“To improve upon existing laws and policies, we would oversee the creation and implementation of Strata Title Law to drive revenue. This would encourage the revivification of unused capital in the state as well as improve accessibility to housing for citizens,” Benson-Awoyinka said.

Items outlined above, she stated were by no means exhaustive as the goal is to transform Lagos State to become a pacesetter for financial growth and inclusivity using real estate as a channel for its citizens in Africa.

Lending support to the initiative, the Lagos State commissioner for Finance, Dr Rabiu Olowo, said  that  statistics  has shown  that  contribution of real estate to the Lagos  State’s Gross Domestic Products ( GDP) stood at N242 billion, representing 2.01 per cent of Lagos’ GDP which is very low.

“The Lagos State Real Estate Regulatory Authority’s role in the real estate sector transcends regulatory and policy making, the focus of this agency is strictly to help rebuild the lost confidence, improve transparency and governance and create a saner real estate ecosystem as it affects on and off plan investors.“This initiative has strategic broad responsibilities with its focus on improving financial transaction and building invertors (internal/external) confidence,” he said.

He explained that the introduction of a Real Estate Trustee to help manage off takers- investors funds and gradual re-imbursements to real estate developers at every milestone achieved, was  to reduce the overbearing exposure/risk investors face in the  industry.“This Trustee will be accountable to both the government, the real estate developers, and the investors,” he said.

In his remark, Mr Moyosore Onigbanjo, the Attorney-General of Lagos State, said that LASRERA was set to do great things in the sector, and that is why it had gathered experts in areas such as finance, law, real estate, among others as members of the committee.

According to him, the task upon the committee is beyond Lagos State because whatever Lagos State does, usually has a ripple effect across its borders.“As the Attorney-General of the state, I pledge that the state in partnership with other stakeholders will provide the right regulatory framework for real estate transaction.

“We want to see an end to the weird real estate practice presently in place in the sector,” he said.

Ndigbo, Buhari and the new war

We are prioritising decent homes for low-income Nigerians —Adewole

Time to protect our environment in Nigeria is now —Akande